Was Vishnu Sahasranama, a part of Anusasana Parva of Mahabharata, or a later day addition?

According to the material available in the Internet, Anushāsanaparva is not a part of original Mahabharata. If the above material is correct, then Vishnu Sahasranama, which is a part of Anushāsanaparva, must be a later day addition or interpolation.

Does any subsequent literature to Mahabharata, contain any evidence to this claim in the material?

According to the [Spitzer Manuscript], Anushāsanaparva is not a part of original Mahabharata. If the above material is correct...

Just because a random manuscript doesn't list the Anushasana Parva, doesn't mean it's not there in the original Mahabharata!

Moreover, this manuscript is not reliable because of how it was found:

The Spitzer Manuscript was found in 1906 in the form of a pile of more than 1,000 palm leaf fragments in the Ming-oi, Kizil Caves, China during the third Turfan expedition headed by Albert Grünwedel.[7][8]

So there could be some lost fragments.

We also don't even know who the scribe of the Spitzer manuscript is, hence we cannot verify the credibility or accuracy of this manuscript.

But if you continue reading, the wikipedia article will also say:

According to Indologist and Sanskrit scholar John Brockington, known for his Mahabharata-related publications, the table of contents in the Spitzer Manuscript includes book names not found in later versions, and it is possible that the parvas existed but were with different titles. The epic known to the scribe of Spitzer Manuscript may have been in the form of a different arrangement and titles.

So it is possible the Anushasanaparva was there, just under a different title. 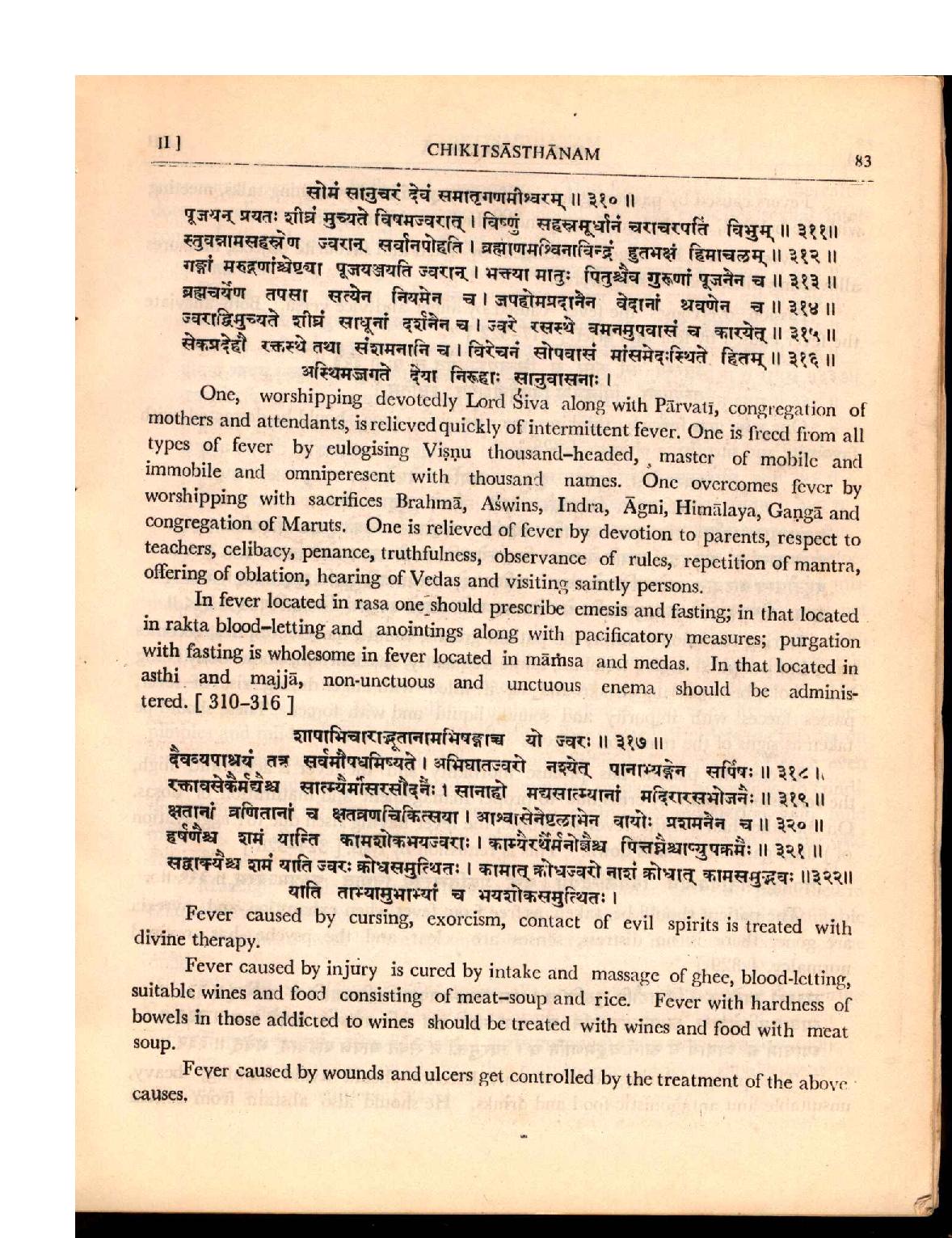 Meaning is: "For the purpose of removal of faults, one should chant the Vishnu Sahasranama."

Not the answer you're looking for? Browse other questions tagged mahabharata vishnu-sahasranama interpolation .

20
Why Vishnu Sahasranama of Mahabharata is mostly used?
10
How does the names and events reoccur in different manvantara or Kalpa or different universes?
7
Discrepancy in the timeline of compilation of the Srimad Bhagavatam and the Mahabharata
8
Is Draupadi the daughter of Nala and Damayanti in her previous life?