We use "om" to some gods like for example, we say "om namah shivaiah", "om namo vaasu devaiah" Also we use "sri" as "sri vigneshwara", "sri vishnu", "sri rama", "sri krishna" etc.

But I never heard of "sri shiva".

Are there any rules to use "om" and "sri" to gods.

I think we use "sri" to the gods in human form (born on earth) like "sri rama", "sri krishna" (but we wont use "om rama", "om krishna" etc.) but now a days we are hearing "sri vigneshwara" and "sri vishnu" also, are they correct?

If we use "sri" for god in human form (born on earth), then is it correct to say "sri vigneshwara", "sri vishnu" etc

Also "kreem" will be used only to asuraas?

"श्री" literally is used as a form of salutation, as the examples you state. It is also used to signify a start as a form of respect. श्री is often used in beginning of the name and as far as I know there is nothing wrong in saying श्री विष्णू etc. The use depends on what you are doing.

In "ॐ नमः शिवाय" om is used as a beeja matra. Every god has a beeja or the mantra in specific uses certain beeja which are like seeds for e.g. the om: ॐ, Kreem: क्रीं, Shreem: श्रीं, Hroum: ह्रौं, Hreem: ह्रीं etc.

In general shree is used for god in human form is not true. It is also used for others like sarpa, yakshas etc. Shree is more used as a salutation and is a signature of good (शुभ चिंतक). Shree is also used for titles like "shree surya sidhanta", "shree Ganpati Atharvashirsha" etc.

I have no idea why shree is not used before shiva. But for diffrent names of Shiva specifically "mahesh", "mahadev" I have seen people saying shree before them. A reason might be shiva also means auspicious and pure and shree is itself a signifier of auspiciousality hence why would three be shree before shiva?

Edit: I found shree shiva in translation of shiv kavacham in marathi. Thing to be noted is that the translations differ as well as in the original sanskrit shiv kavach "shree shiv" is not present. The meaning of line is " shree shiva takes the form of rushbha and moves towards the earth". 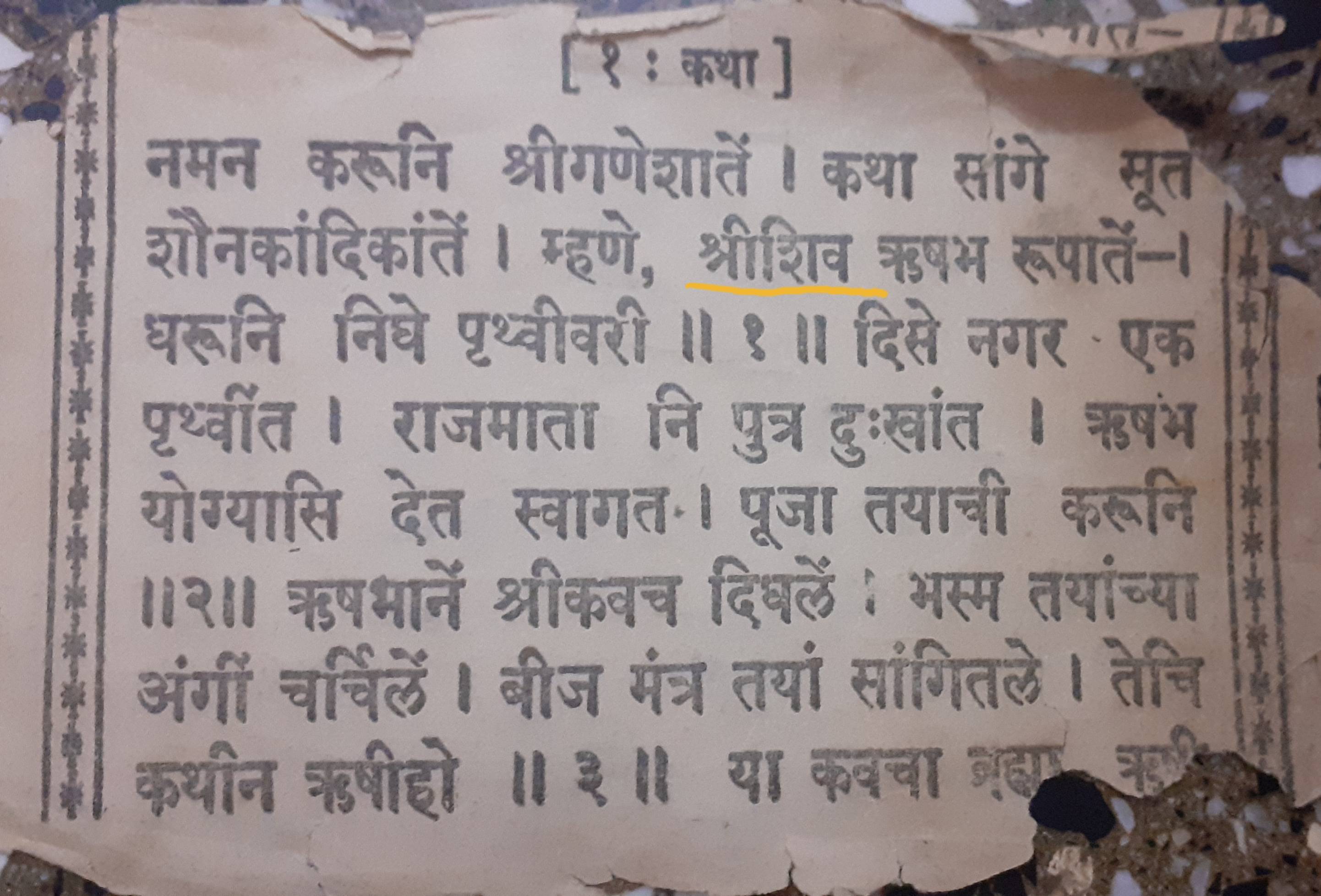 Not the answer you're looking for? Browse other questions tagged gods .

3
What are the beeja mantras and what is their significance in meditation?

13
Who gives Moksha?
2
Why do hindus need to worship more gods?
9
Why do the gods look like human beings?
5
Physical appearance of various Gods for worship
9
As per Hindu scriptures does lord Śiva explicitly claim himself to be a deity that has to be worshiped?
1
Are Sri Vaishnavas supposed to worship devatas during nitya karmas?