Where does Shankaracharya cite the Narayana Upanishad in his Vishnu Sahasranama Bhashya?

This Upanishad was cited by Shankaracharya in his commentary on the Vishnu Sahasranama according to this site:

Hence, it is an authentic Upanishad accepted by all ancient Vaidikas. The idea that it was an Upanishad composed later was started by Western Indologists:

It 'line of thinking' was started and propagated by biased and paid members of British East East Company like Max Muller, who in his translation and commentary on principle upanishads titled 'Th Upanishads - Vol 1 and 2' in intro page 83-84 attests views and opinions of another indologist where it is mentioned that Adi Sankara quoted for a late text / recent upanishad 'nArAyaNa upanishad'. Their challenging Adi Sankara is unacceptable. All consider him as an authority on spiritual matters.

My question is, where does Shankaracharya cite this Upanishad in his Vishnu Sahasranama Bhashya?

Shri Adi Shankaracharya quoted a verse from Atmabodopanishad which is similiar to the one in Narayana upanishad in his bhashya of VS under the name Vishnu. 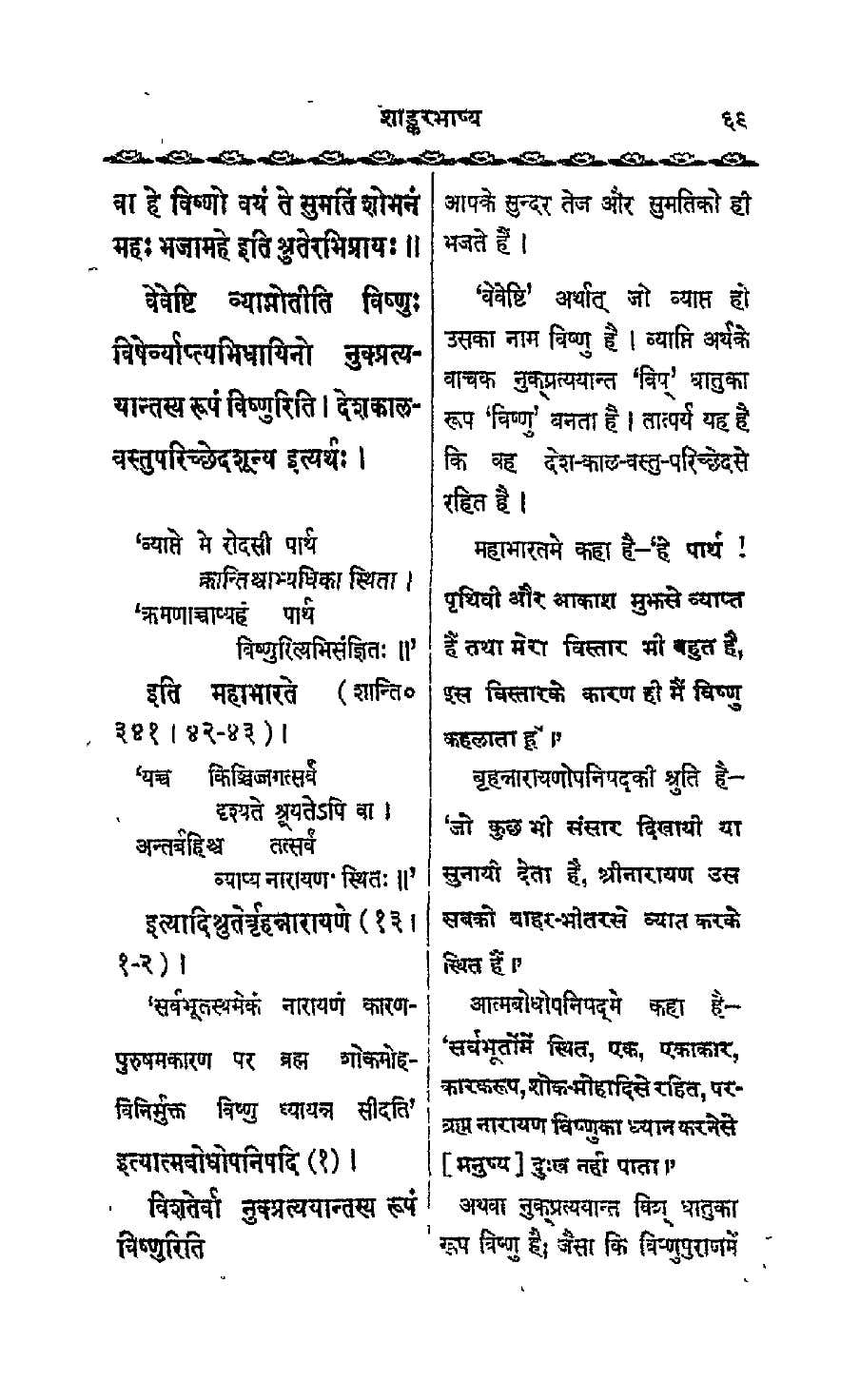 The verse of Narayana Upanishad (from sanskritdocuments.org) similiar to the one quoted by acharya precisely is

The site referred by OP itself also gives the reference here though the page numbers are 56,68 ( which are 54 and 66 actually). The verses in those pages are that of Maha Narayana Upanishad not that of Narayanopanishad.

The Narayana Upanishad (different from the Mahanarayana Upanishad), declares Narayana (Vishnu) to be the creator of Shiva and Brahma.This Upanishad was cited by Shankaracharya in his commentary on the Vishnu Sahasranama according to this site...

If the intent of the OP is to know that Narayana is supreme from an authentic scripture quoted by any great acharya, the Atmabodhopanishad which is quoted by Acharya in question, too establish the same as follows:

He who meditates upon that sole Nārāyaṇa who is latent in all beings, who is the causal Puruṣa, who is causeless, who is Parabrahman, the Om, who is without pains and delusion and who is all-pervading—that person is never subject to pains.

Since the content of Naryana upanishad and that of Atmabodopanishad matches to an extent,interestingly with a similiar or same verse it could be a genuine scripture.

In Vishnu Sahastra Naama, for the first Naama "Vis'vam". Sri Shankaracharya has quoted the Narayana Upanishad,

Not the answer you're looking for? Browse other questions tagged vedanta upanishads adi-shankaracharya .

5
When Devi Bhagavatam says Gods as doers of karma and that they are sinners, how they can remove my sin?