The Rākṣasa-Yakṣa are twin races that could be considered paired races. Are all the races paired? Does a scripture validate this? 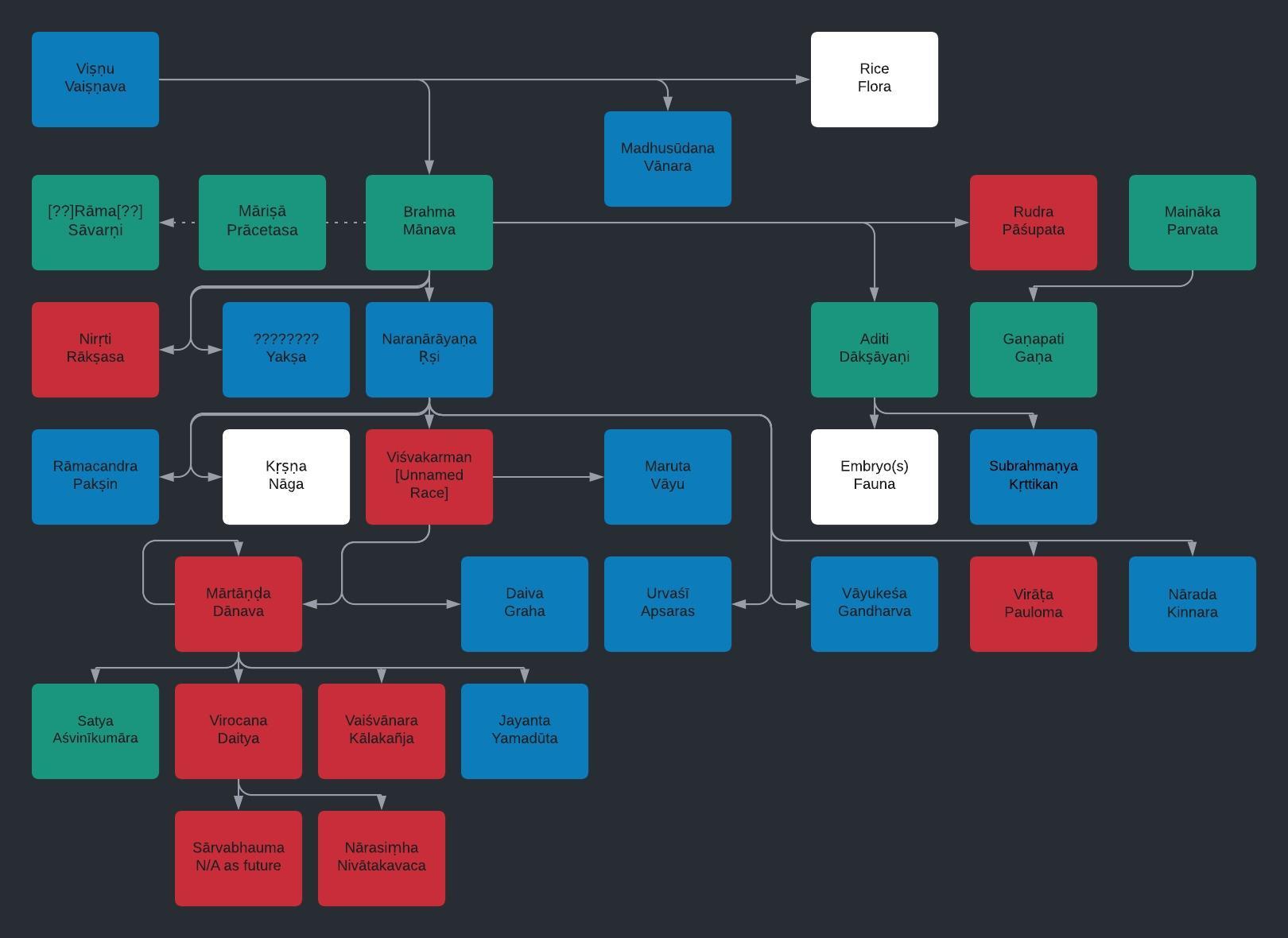 (Viṣṇu forms for each race above the race name.)

Rākṣasa-Yakṣa have a mostly sweet pairing because they are complimentary at their birth and do not leave each other's side. That made me wonder if the other races are paired up as well. So I looked at my diagram of the tree of life in Hinduism and tried pairing up the races based on how well they fit the idea of "soul mates," and how intertwined their destinies are. Here are the pairs I can make out:

Kinnara-(can't see this one, but since only one Kinnara seems to be named, I guess that is expected)

Anyway, those pairs were easy to make out. They were so easy it makes me think there is an underlining cause of the races being in pairs. Is there any scripture that explains this phenomenon of paired races? Is this just a natural property of races? The scripture that supports this could easily be mistaken to be talking about romantic love, as the concept of paired races is similar to romantic love, especially the destined life partner kind.