Who was Sankhyanasa rishi and what is his gotra pravara?

Who was Sankhyanasa rishi? Who were his forefathers and what was is his lineage?

What is his gotra pravara?

There is some info that his gotra maybe is a sublineage of Vasishta gotra, very similar to Upamanyu pravara(Vasishta, Aindrapramada, Bhadravasavya)

Please add sources and references if you can.

Edit 1: In a related question-answer

There was a link provided to Shankhayana Aranyaka in which 15th chapter is supposed to contain the genealogy. There is only one big shloka in 15th chapter, but it is in Sanskrit. This is the image. Translation can help. Also here the name is Shankhayana vs Sankhyanasa. So I dont know whether its the same person or not. 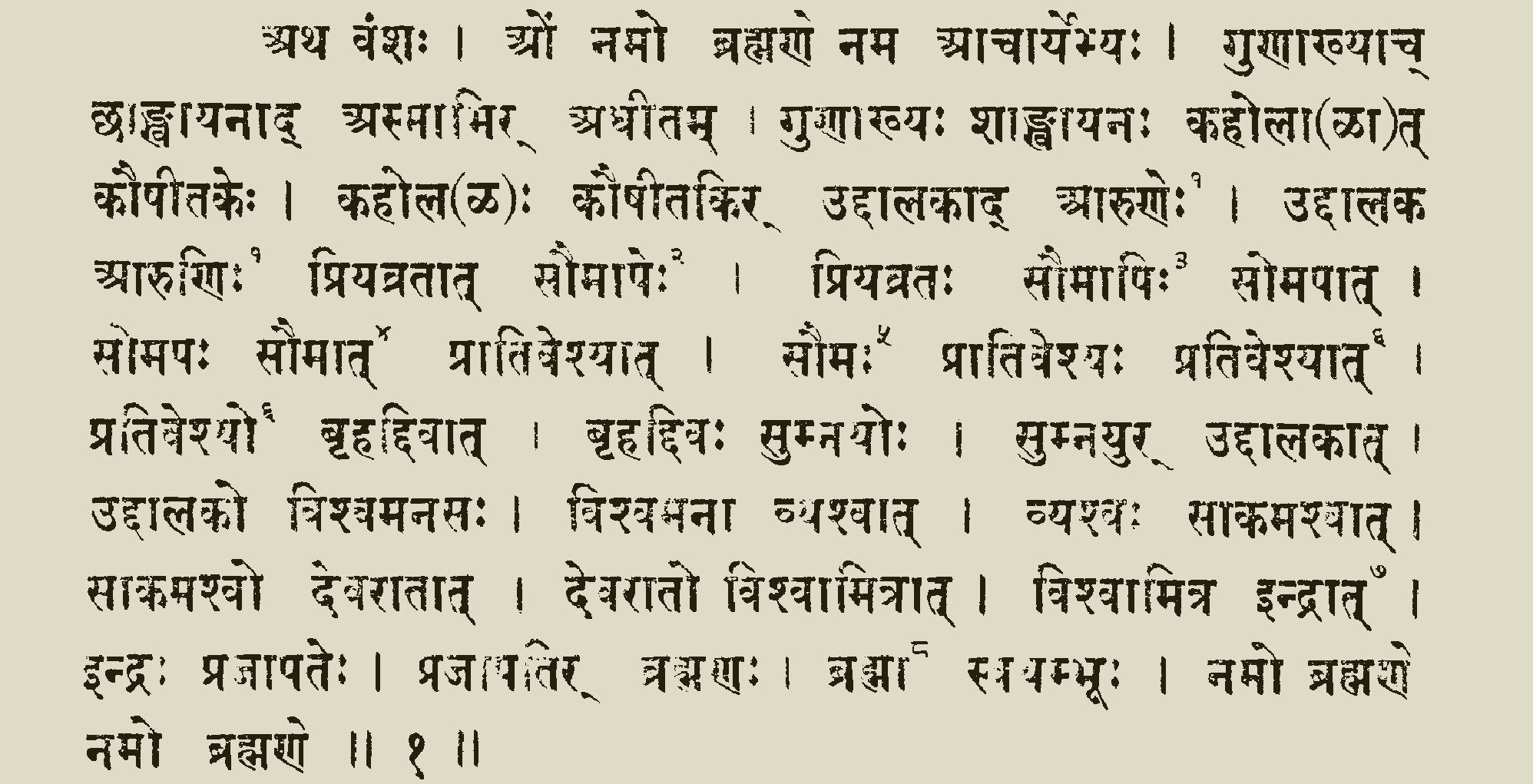 SANKHAYANA is same as shAnkhAyana as spelled in Sanskrit. We have to first see the lineage of this great Vedic rishi. Chapter 15 of the shAnkhAyana Aranyaka presents the following

I think the list above is self-explanatory. It gives the lineage of teachers and pupils. The first teacher named is Gunakhya Shankhayana. He is the pupil of Kahola Kaushitaki, who is the pupil of Uddalaka Aruni, followed by Priyavrata Saumapi. Uddalaka is also mentioned to have disciples/teachers such as sumnayu and vishvamanasa.

The Kahola Kausitakeya of the Brhadaranyaka Upanisad, iii, 5, 1, is presumably identical with the person named here while Uddalaka Aruni is well known to the Brhadaranyaka and Chandogya Upanisads and is a contemporary, according to tradition, of Yajnavalkya. Kausitaki is cited not only in the Aranyaka but also in the Brahmana as an authority, and is mentioned in both the Asvalayana and ShAnkhAyana Grhya Sutras

We can go to a little more detail to put this in context.

The great Yajnavalkya (Brh.Up.6.3.15) as also sage Kausitaki (Sat Brh.11.4.12) to whose family the portions of the Kausitaki Brahmana are attributed, Proti Kausurubindi of Kausambi (Sat Brh. 12.2.213), and Sumnayu (ShAkhAyana Aranyaka -15.1) were at students of Uddalaka Aruni.

The Brihadaranyaka Upanishad (given below, 6.5.3) in its lineage of teachers lists generations of teachers.

According to this rendering, UddAlaka Aruni was the son of Aruna Aupavesi Gautama who was the son or disciple of Upavesa [and a contemporary of King Ashvapati Kaikeya] UddAlaka was a contemporary of Videha King Janaka. UddAlaka is famous for the discourses he imparted to his son Shvetaketu in the Chandogya upanishad. UddAlaka's daughter (Sujata) was married to his pupil (Kahola) and his grandson was Astavakra who spoke Astavakra Gita to King Janaka. The idea of giving the above explanation is to show that the lineages given in different Aranyakas and Upanishads match and have cross-references to the same name.

shAnkhAyana gotra is only mentioned with the pravara ShankhyAyana: Vishwamitra, Aghamarshana, Devarata. Though Aghamarshana is not mentioned in Chapter 15 of the Aranyaka, this is a list of teachers and not of lineage. Further, the gotra is famous in Gujarat and they descendants maintain the Rannade temple in Gujarat and also live in Himachal Pradesh. As they don't marry people born in Visvamitra gotra, this pravara may be correct.

12
Who was Maharshi Garga?
2
Was Kanada a Rishi?
3
Who was Koushika (of Koushika gotra)?
1
What is the origin of Shukracharya gotra?
5
Who is the Rishi who cut off his own hands for stealing?
7
Who are Rishi Asita and Devala?
5
Who was the Rishi Katyayan who became father of Goddess Katyayini?
4
Why are Gargeya and Bharadwaja Gotra distinct?