Which form of lord Vishnu is it?

Here in this picture bhagwan vishnu is shown as snake headed. Which form is this? Or is it some other God like sheshanaga? 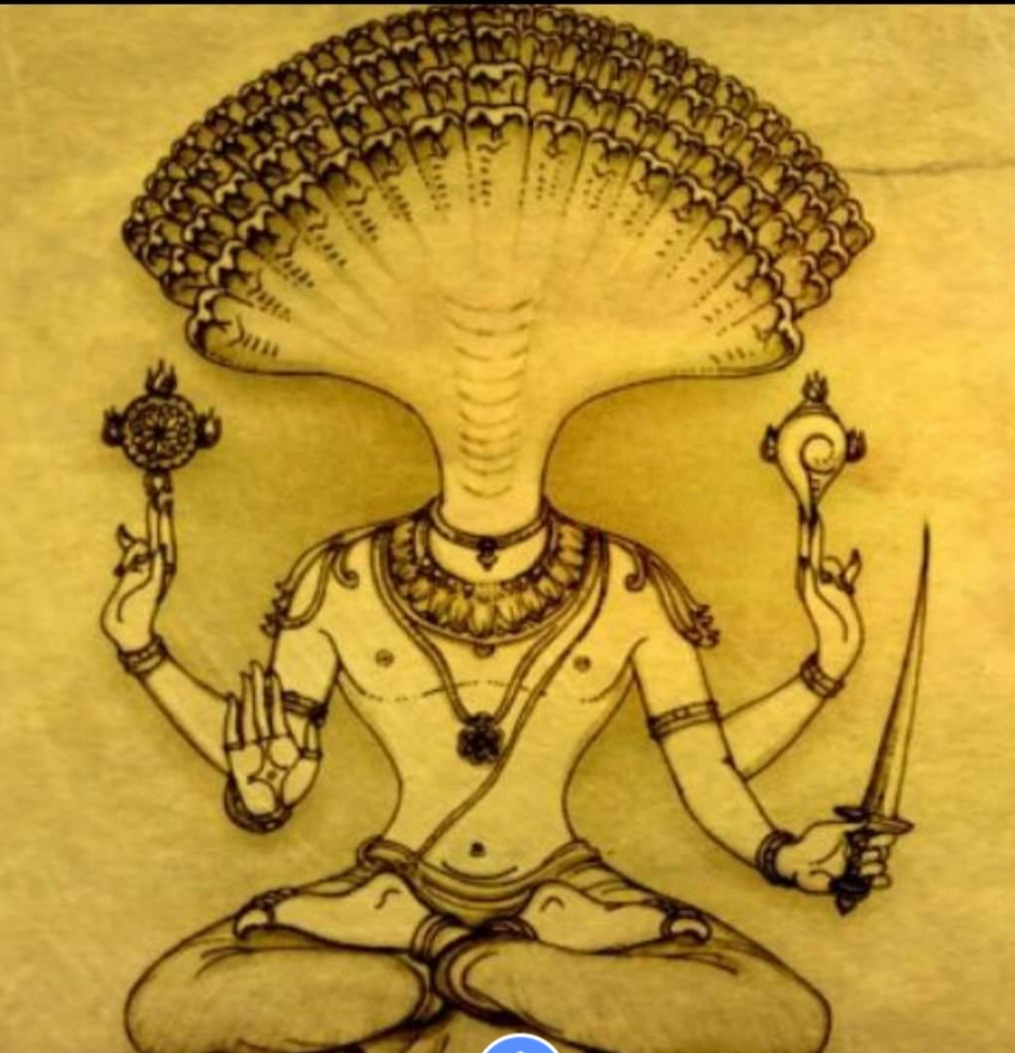 At first if we look at the image in your post at glance it appears to be the image of some form of Vishnu , may be in animal form as there are Shankha and Chakra (conch shell and discus) present in hands and multi hooded snake head. Both of these things are associated with vishnu.

This Image is not of Lord Vishnu, but resembles with description of symbolic form of Maharshi Patanjali which is present in one of the dhyana /Prarthana shlokas of yoga sutras. Patanjali is believed to be is avatara of Adi-shesha.

first lets looks at the dhyana dhyana /Prarthana shloka in which we find the description of symbolic form of Maharshi Patanjali . The two Sanskrit verses initiate the Bhojavrtti, a word-for-word explanation of the Yoga Sutras of Patanjali by the king Bhojaraja.

I bow to Patañjali, the most distinguished among sages, who removed the dross of the mind by Yoga (Yoga-sūtras), of speech by Word (Mahābhāsya for Pāṇini-sūtras), and of the body by the Science of Medicine (Āyurveda). I bow to Patañjali, who has the form of a human being to the arms, who holds the conch, discus, and sword, who has one thousand heads, and who is purity.

There are actually two different depictions of this symbolic forms of Patanjali. In his symbolic form patanjali is depicted as having either upper portion of the body of a human being either only with hood of multiheaded snake or another having human like head and hood of multiheaded snake in back ground. and lower portion is either of a coiled serpent or showing only legs without coiled serpent just like human being.

Having four hands , either three in which he is holding a sword (Asi) , Shankha (conch shell) and Chakra ( discus) and fourth one is showing palm (yoga mudra) .

Or two of which are in Namaskara position and other two holding Shankha and Chakra.

Hood of multiheaded snake , shankha and Chakra are common in both these two different depictions. 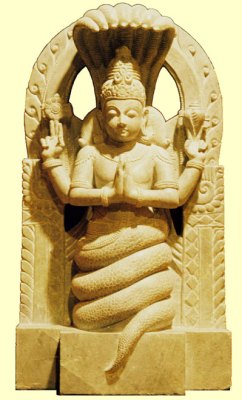 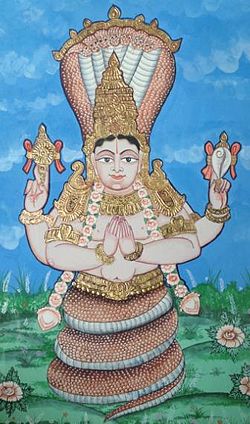 The exact image in your post can also be found on the cover of a book by Charles Johnston - The Yoga Sutras Of patanjali " The book of the spiritual man". The similar image are also found on many yoga related sites. These are some of the evidences to claim that this image is of symbolic form of patanjali as avatara of Adi-Shesha. This symbolic form is related with yoga system. 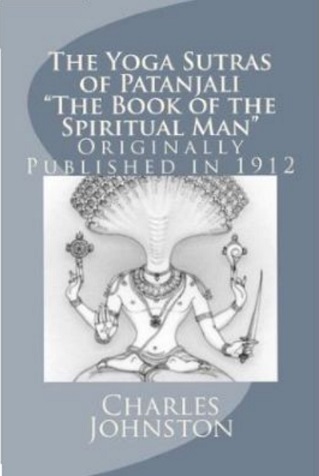 There are many similarities between traditional depictions of patanjali and the image that you posted. Like both having multihooded snake , having shankha and chakra.

Conclusion - So it's quite possible that the image in your question is a different depictions of maharshi patanjali's symbolic form as avatara of Adi-Shesha and is realated with yoga system.

More details can be found here.

Not the answer you're looking for? Browse other questions tagged vishnu identification-request .

3
Are Govinda Bhagavatpada and Maharishi Patanjali considered incarnations of Sheshnaga?

17
What form did Vishnu take in the Battle of Ten Kings?
13
Is Balarama an Avatar of Vishnu or Adiseshan (or both)?
12
Adi Buddha and Gautama buddha, Which one is the real avatar of Lord vishnu?
3
What are all Rituals and Benefits of DEVSHAYANI EKADASHI?
10
Vishnu's avataras
17
Which form of Shiva is in the attached picture?
7
Shiva showering gold coins, which form of him is it?