Have any Hindu astrologers correctly predicted that Joe Biden would become the next US president? [closed]

Ask Question
Asked 9 months ago
Active 9 months ago
Viewed 353 times
-1
Closed. This question is off-topic. It is not currently accepting answers.

This tweet shows an astrological chart prepared by an Indian/Hindu astrologer predicting Donald Trump would be elected to office a second time.

Shree Donald Trump shall retain the office of President of America IInd time. He wins by 4 lakh votes minimum and 9 lakh maximum but Trump shall be blamed for managing and hacking the votes. 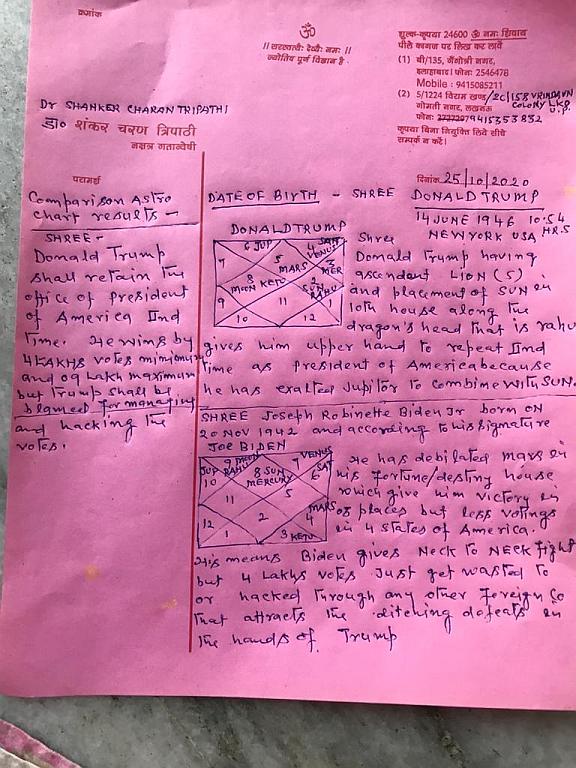 Another astrologer (Acharya Salil Kumar) in this YouTube video also predicted in February 2020 that Trump would beat any Democratic candidate by a good margin. In a video from June he reiterates the same:

Trump vs Biden, who will be next US President | Astrological Calculations by Acharya Salil

No matter what the circumstances are in USA or the world, the next President of the United States of America will be Mr. Donald Trump. He will definitely win.

Since Joe Biden is scheduled to be inaugurated on January 20, 2021, as the next US president, both these astrologers have failed badly at predicting the outcome of the 2020 US election.

But have any Indian/Hindu astrologers succeeded in predicting the result correctly?

Also, does Hindu astrology allow for such predictions in the first place?

Proponents of astrology argue that it is an exact science so how do they explain these failed predictions? Is the problem always with details concerning the subject's (native's) date/time of birth?

for the question Have any Hindu astrologers correctly predicted that Joe Biden would become the next US president?

PVR Narasimharao, predicted about Joe Biden winning in 2020 US presidential elections. It can be observed in this and this video.

Not the answer you're looking for? Browse other questions tagged astrology .

4
Why did Swami Vivekanada say so?
7
Can Yoga after being stripped of metaphysical aspects still be called Yoga?

6
Is there any scriptural basis for this astrologer's claims that the character of a woman depends on the timing of her first menstruation?
8
Which is the first Hindu scripture that mentions about zodiac signs?