What are the different schools of thoughts in Hinduism and what is the difference between each of them?

There are many schools of thought in Hinduism that have their own philosophy and their own way to attain Moksha.

From this Hindu point of view, there are six major schools of orthodox (astika) Indian Hindu philosophy—Nyaya, Vaisheshika, Samkhya, Yoga, Mīmāṃsā and Vedanta.

So what are they and what is the difference between each school for the foreign sophistry based research scholars?

Only tell about the major difference between each school of astika

This is taken from this blog

based on “A Critical Survey of Indian Philosophy”, Chandradhar Sharma 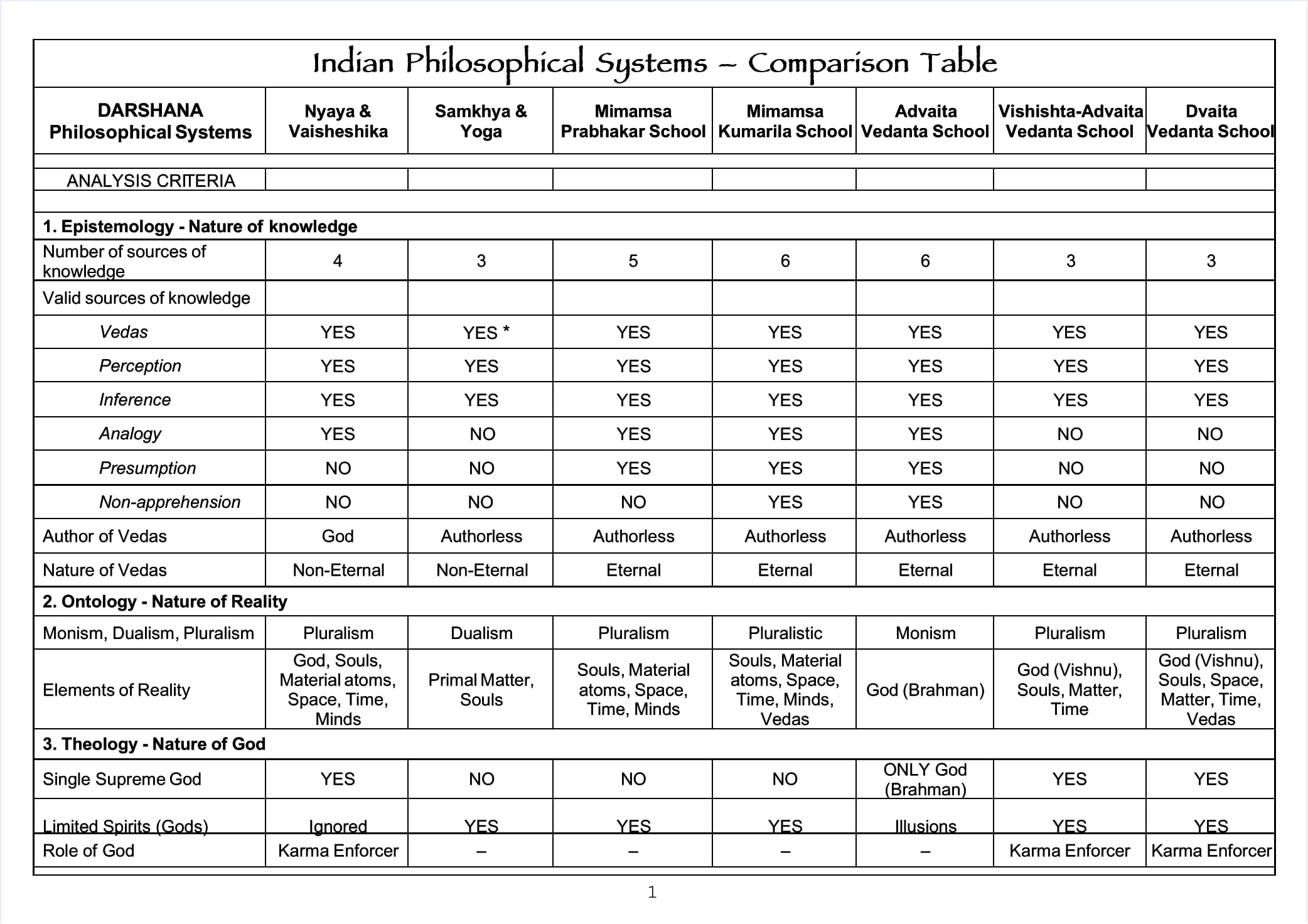 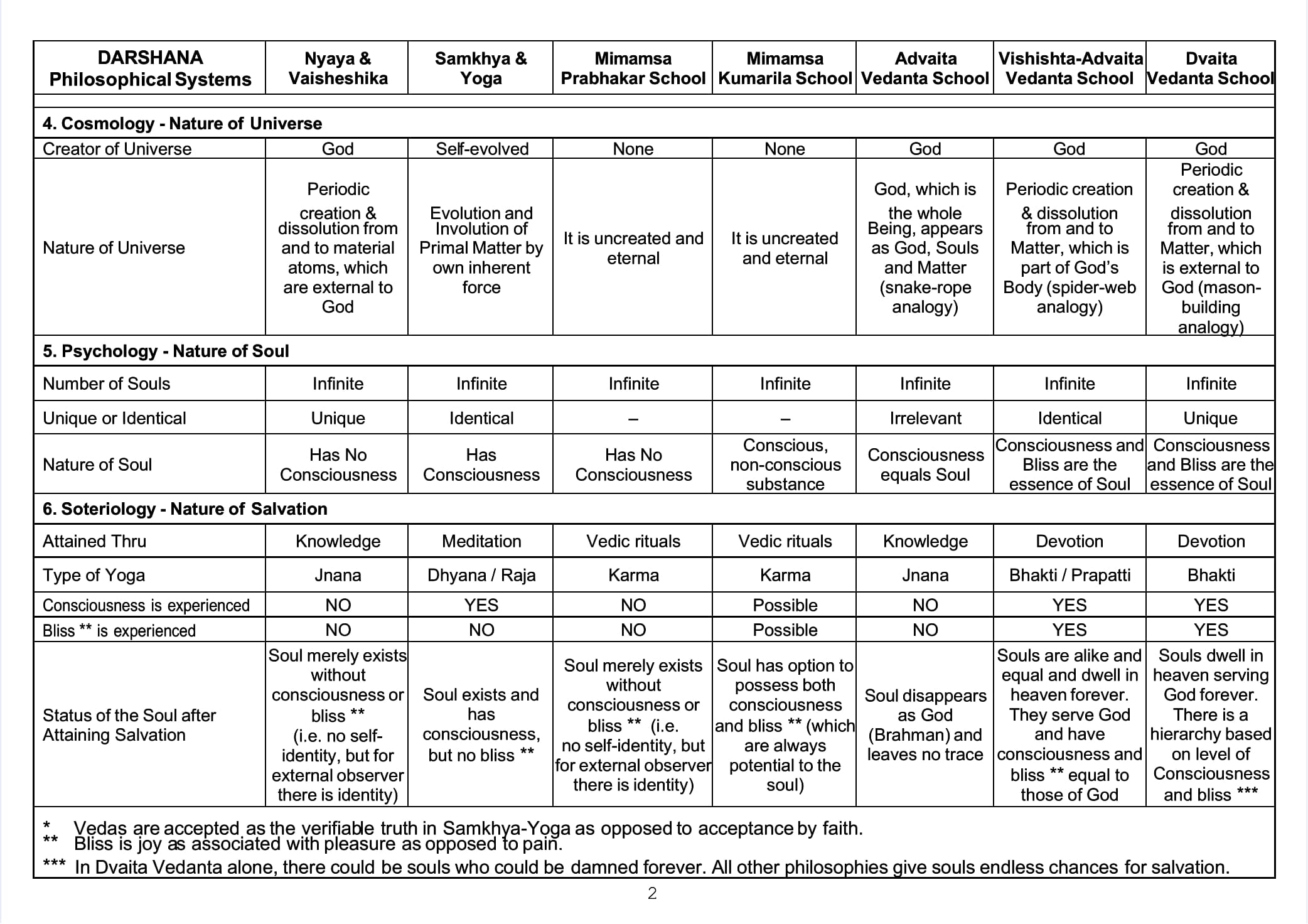 The above groups Nyaya and Vaisheshika, Samkhya and Yoga. But there are subtle differences within this group also. Mimamsa can not be compared with Vedanta as such as the differences between Advaita and Dvaita are too many.

Difference between between Nyaya and Vaisheshika

Difference between Samkhya and Yoga

Kindly note the word heaven under the state of soul attaining salvation refers to Vaikunta and not swarga loka.

Not the answer you're looking for? Browse other questions tagged philosophy shad-darshana .

10
What is the difference between Nyaya and Vaisheshika?
6
Did Adi Shankaracharya remove his yajnopavita and is that anti-Vedic?
4
What are the main philosophical differences between Yoga and Samkhya Darshanas?
8
Shunya (nothingness) vs Purna (fullness) -- How to reconcile the seemingly contradictive statements in Uttara Gita?
3
What are the arguments of Nyaya and Samkhya against the eternity of the Vedas?
2
What kind of knowledge is required to attain Moksha according to advaita vedanta?
3
Vedas as authoritative but not eternal?
1
Do charvakas believe in reincarnation?
2
How are the Vedas authorless according to Mīmāṃsā and Vedanta?
1
Does the Dvaita Vedanta school of thought of Hinduism believe in eternal heaven?
See more linked questions