17 Indra himself hath said, The mind of woman brooks not discipline, Her intellect hath little weight.

This is the translation by Ralph t Griffith. And it is also in the wiki.

What is the correct translation of rig veda book 8 hymn 33 verse 17(Please give multiple translations) .

The statement of Lord Indra was also here that it is very difficult to take control of the mind of women; Because their resolve is unstoppable. 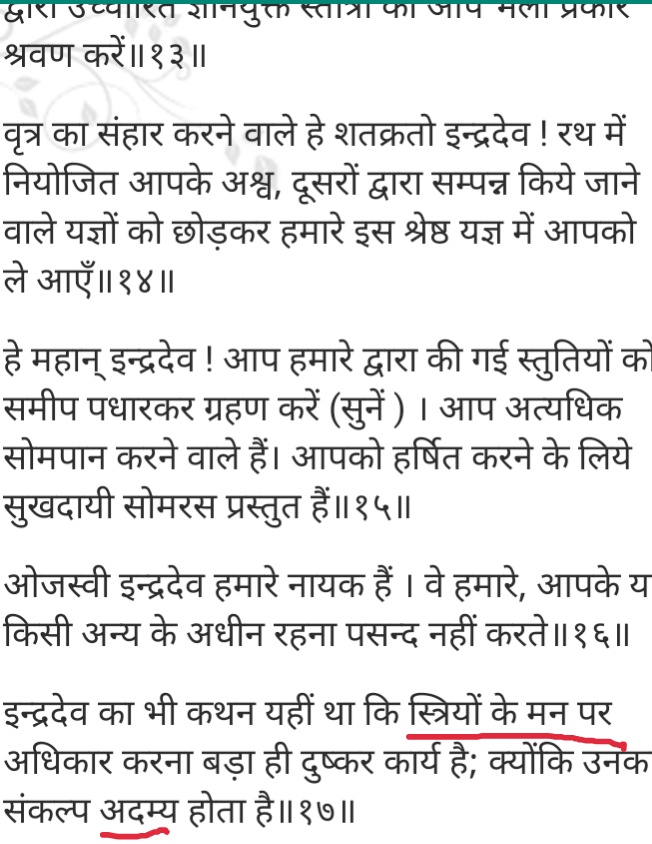 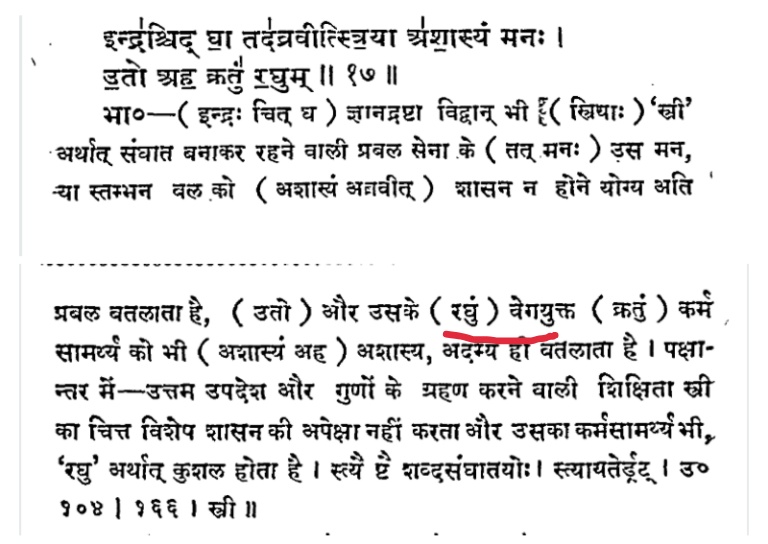 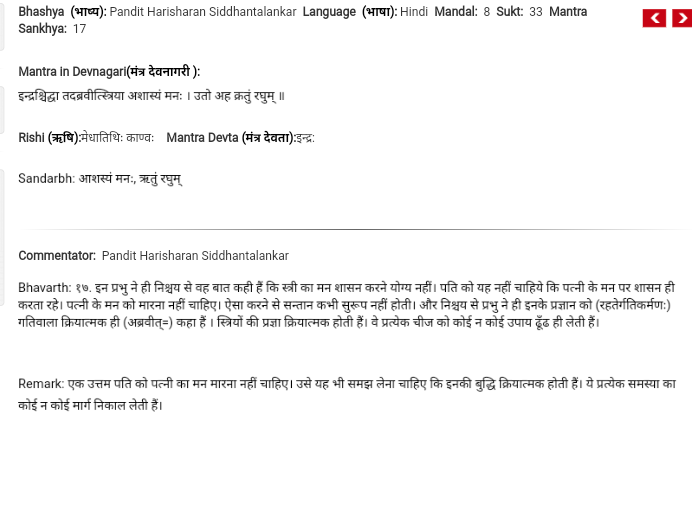 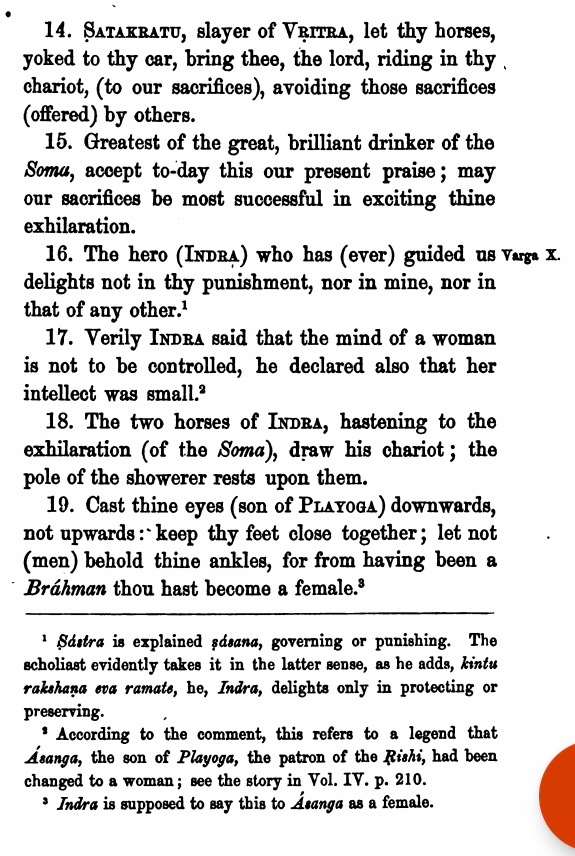 Not the answer you're looking for? Browse other questions tagged translation-request .

5
Why some Hindu Scriptures are against women?