I was wondering what is the logic of behind behaving and acting as a human with Lord Ganesha's Elephant head. Because the identity and memories of a creature in this earth is stored in their brains. So in the Ganesha's story, his memories and thoughts should be of an Elephant.

Is there any logical explanation for this confusion in that story ? 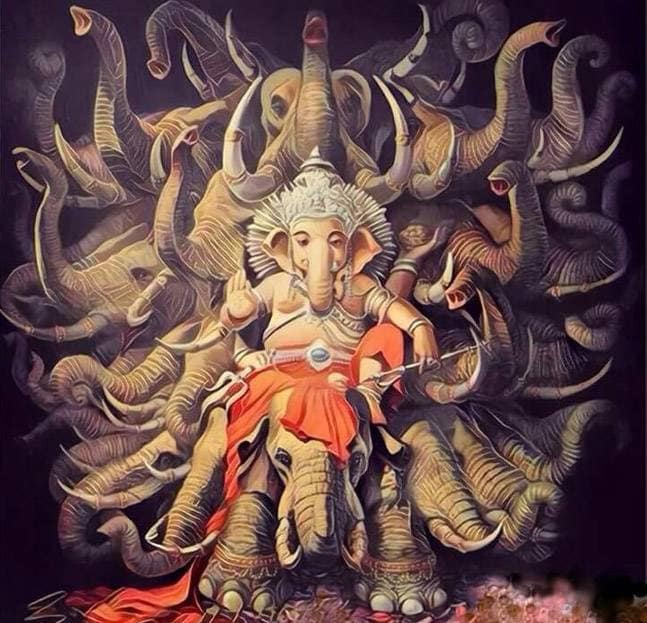 Does Lord Ganesha really have an elephant head or is it simply part of the iconography? Usually any Hindu Devata iconography is based on philosophical understanding of the Devata. The elephant trunk is most probably part of the Sanskrit syllable AUM since AUM stands for both nirguna and saguna Brahman. The common people many centuries ago did not understand the philosophical import and wanted some simple explanation. The Puranic stories were written to give concrete explanation to those people.

Brahma tells Narada "This brief account of the manifestation of the Lord is what is called the Bhagavata. TheSupreme Being Himself gave the knowledge of it to me. I have also given to you a brief account of the Lord's glories and attributes. You elucidate it with the help of your imaginative power in a way that will generate devotion in the mind of men for Sri Hari who is the soul and support of all."

Actually there are several Puranic stories about Lord Ganesha and his elephant head. These stories are:

All these Puranic stories are taken from the book 'Hindu Gods and Goddesses' by Swami Harshananda. The learned Swami gives several views regarding the meaning of the elephant head. First he points out that Ganapati had gained de facto recognition in the hearts of millions of votaries over several centuries long before the Puranas were written. Several Puranic stories reflect the struggle by various Puranic authors to give de jure recognition to Ganapati! He gives the following possible meanings of the elephant head:

'Gana' means category. Everything that we perceive through our senses or grasp through our mind can be expressed in terms of category. The principle from which all such categories have manifested themselves is Ganapati, the Lord of categories. In effect, it means the origin of the whole creation, God Himself; A common Sanskrit word to denote elephant is 'Gaja'. Hence the name Gajanana or Gajamukha (elephant-faced) for Ganapati. But the word 'Gaja' has a deeper connotation. 'Ga' indicates 'Gati', the final goal towards which the entire creation is moving. 'Ja' stands for 'Janma' or birth or origin. Hence 'Gaja' signifies God from whom the worlds have come out and towards whom they are progressing, to be ultimately dissolved in Him. The elephant head is thus purely symbolical and points to this truth; A factor we observe in creation is its two-fold manifestation as the microcosm (Suksmanda) and macrocosm (Brahmanda). Each is a replica of the other. They are one in two and two in one. The elephant head stands for the macrocosm and the human body for the microcosm. The two form one unit. Since the macrocosm is the goal of microcosm, the elephant part has been given greater prominence by making it the head. The elephant-human form of Ganapati is the iconographical representation of the great Vedantic dictum, 'tat-tvam-asi'(which means You the apparently limited individual are in essence the Cosmic Truth, the Absolute). The elephant stands for the cosmic whereas the human stands for the individual.

Not the answer you're looking for? Browse other questions tagged ganesha explanation .