What is Shri hanuman siting on in the given image? 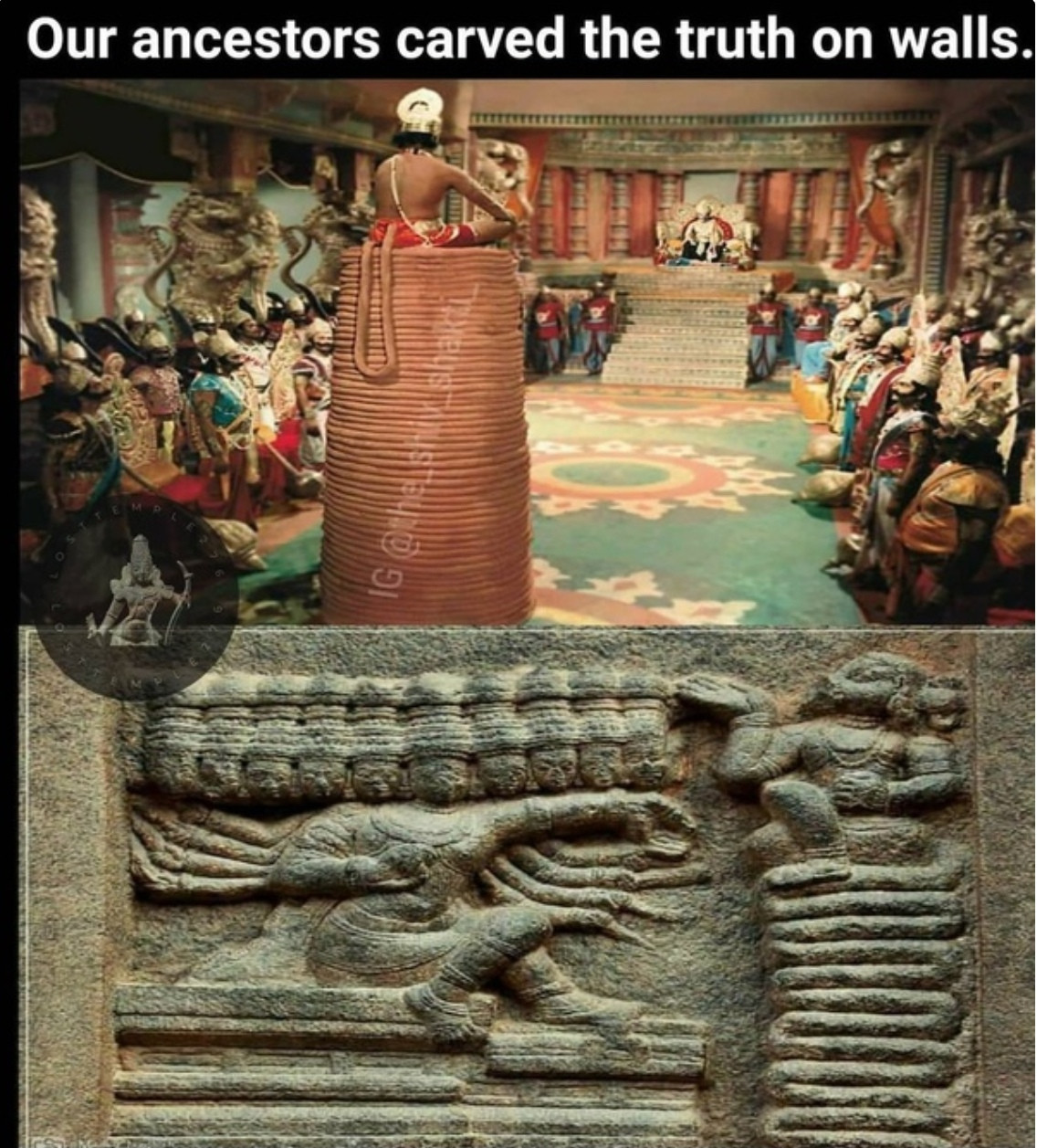 In this image, what is Shri hanuman siting on?

ramayana hanuman
Share
Improve this question
edited May 1 at 15:26

The above image is not of Hanumanji but of Angada, the son of Vali and has been taken from Episode 57 of Ramanand Sagar’s Ramayan TV series and the incident has been sourced from the Śrīrāma Pāñcālī by Krittbas Ojha (Bengali Ramayana).

Shri Rama sends Angada as an ambassador for peace to Ravana’s court just before the war. Angada sees Ravana sitting on a throne (at a height) which is when Angada rolls his tail as per the image to create a seat for himself. The incident is described in Krittibas’ Ramayana as:

The King Ravana was sitting on a high throne. Seeing him Angada felt upset in his mind. Angada coiled his tail and sat on it as if Indra was sitting on Airavata in his court.
-(Extract of Verse 53 of Lanka Kanda)

10
How come Lord Hanuman was able to resize his body?
6
What is the story of Kashtbhanjan Hanuman Dev idol at Sarangpur?
4
First meeting between Hanuman and Shree Rama
6
Why did Hanuman burn the city of Lanka?
6
Is Hanuman the 11th Rudra?
4
What was hanuman doing with sugreev on the mountain?
5
What is the significance of Lord Hanuman on flags?
1
What is the main reason for worshipping Hanuman ji?
7
Why did the Sea God (Samudra) not yield to Lord Rama when he was however, willing to help Hanuman using Mainaka?