As a skilled craftsman makes a car, a singer I, Mighty One! this hymn for thee have fashioned. If thou, O Agni, God, accept it gladly, may we obtain thereby the heavenly Waters". – (Rigveda 5.2.11),

I found this translation on quora while I was arguing with someone on the topic, "vedas are divine". That person gave this verse to prove Vedas are authored by humans(enlightened humans)

The Vedas, including Rig Veda 5.2.11, were composed by Rishis. They did not come down from heaven. So the question boils down to how a book written by humans can be considered to be divine. The answer is that the spiritual information contained in the Vedas is not the product of the intellect of the Rishis but have been discovered through deep meditation. It is in this sense that the Vedas are considered to be anadi (eternal) and divine.

There was a time when the Vedas themselves were considered eternal in the sense in which the divine truths contained therein were changeless and permanent and were only revealed to man. At a subsequent time, it appears that the utterances of the Vedic hymns with the knowledge of its meaning was important; and it was held that the hymns themselves must have had a divine origin. At a still later period, the meaning of the hymns showed that many of them could not be of divine origin, because they inculcated upon mankind performance of various unholy acts, such as torturing animals; and we can find many ridiculous stories in the Vedas. The correct meaning of the statement "The Vedas are beginning less and eternal" is that the law or truth revealed by them to man is permanent and changeless. Logic, geometry, chemistry, etc., reveal also a law or truth which is permanent and changeless and in that sense they are also beginning less and eternal. But no truth or law is absent from the Vedas, and I ask any one of you to point out to me any truth which is not treated of in them.

The Hindus have received their religion through revelation, the Vedas. They hold that the Vedas are without beginning and without end. It may sound ludicrous to this audience [in the West] how a book can be without beginning or end. But by the Vedas no books are meant. They mean the accumulated treasury of spiritual laws discovered by different persons in different times. Just as the law of gravitation existed before its discovery and would exist if all humanity forgot it, so is it with the laws that govern the spiritual world. The moral, ethical, and spiritual relations between soul and soul and between individual spirits and the Father of all spirits were there before their discovery, and would remain even if we forget them.

The Vedas are anadi, eternal. The meaning of the statement is not, as is erroneously supposed by some, that the words of the Vedas are anadi, but that the spiritual laws inculcated by the Vedas are such. These laws, which are immutable and eternal, have been discovered at various times by great men or rishis, though some of them have been forgotten now, while others are preserved.

This translation of vedas is based on commentary of swami Dayanand Saraswati. What I think is just like you bring material for chariot , the engineer will work on it and make perfect chariot , similarly vedic mantras were revealed to rishis by supreme God and were worked upon and properly assembled by Rishis. 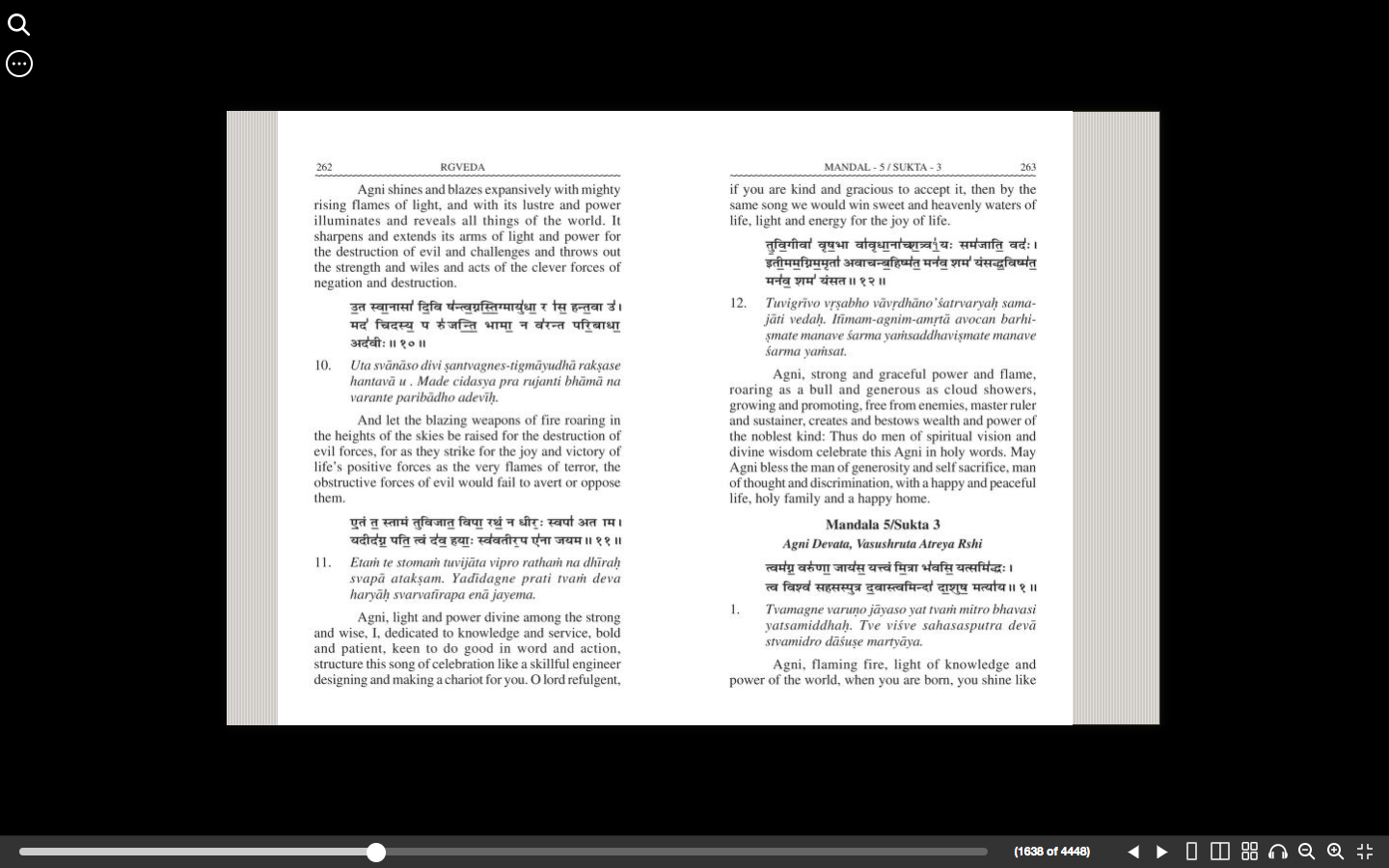 The Mantra's transliteration in English

O thou of the many births, I the sage, the thinker, the man of perfect works have fashioned for thee this laud like a chariot. If, indeed, O god, thou shouldst take an answering joy in it, by this we could conquer the waters that carry the light of the sun-world.

Gist of which is:

Which when translated in english means:

There is accessibility in this mantra. O humans just as scholars are victorious by doing religious rituals, likewise you too should conduct yourself.

Not the answer you're looking for? Browse other questions tagged rig-veda explanation .

8
Do the Aitareya and Brihadaranyaka Upanishads correctly interpret two hymns of Vamadeva?
10
What is the significance of frogs in the Vedas?
8
Is Shiva's son Kartikeya the rishi of two hymns of the Rig Veda?
12
What scriptures describe Indra defeating Asuras using Dadhichi's old horse head?
5
Was it really Indra who killed Trishiras or was it someone called Trita?
7
Do Vedas mention Suryavanshi kings or are they focused only on Chandravanshis?
5
What are eight Asthakas of Rigveda?
3
What is the explanation for Aitareya Brahmana III. 3
4
Logical explanation for Lord Ganesha with Elephant head