Who were Brahma's Manasputras? How many of them were there?

According to Hindu Puranas, in the beginning, Mahavishnu created Brahma. Then, Brahma created his Manasputras.

How many Manasputras were there? Who were they? Please give direct reference from Puranas.

Then he created 7 mind-born sons, namely Pulastya, Pulaha, Kratu, Angiras, Marichi, Atri and Vashishtha. They are known as Saptarishis. These Brahmarishis are also known as Prajapatis. This original list of 7 is found in Mahabharata (Santi Parva: Apaddharmanusasana Parva, Section 166).

Assuming a visible form, the divine Grandfather (Brahma) then begot (by the power of his will) some highly energetic sons. — Mahabharata 12.166.15

They are the sages Marichi, Atri, Pulastya, Pulaha, Kratu, Vashishtha, Angiras, and the mighty and powerful lord Rudra and Prachetas. The last begat Daksha who in his term begat sixty daughters. All those daughters were accepted by the twice-born sages for the purpose of begetting children upon them — Mahabharata 12.166.16–17

However, their number and names vary to a great extent in different Puranas. The list almost always includes these 7 sages but sometimes add new names to this original list. For example, Vishnu Purana lists 9 Prajapatis (Book 1, Ch 7). Two additions to the original list are Bhrigu and Daksha.

“But as they did not multiply themselves, Brahma created other mind-born sons, like himself; namely Bhrigu, Pulastya, Pulaha, Kratu, Angiras, Marichi, Daksha, Atri, and Vasistha. These are the nine Brahmas (or Brahmarshis) celebrated in the Puranas.” — Vishnu Purana 1.7.4–5.

This image nicely describes the lineage of Brahma. 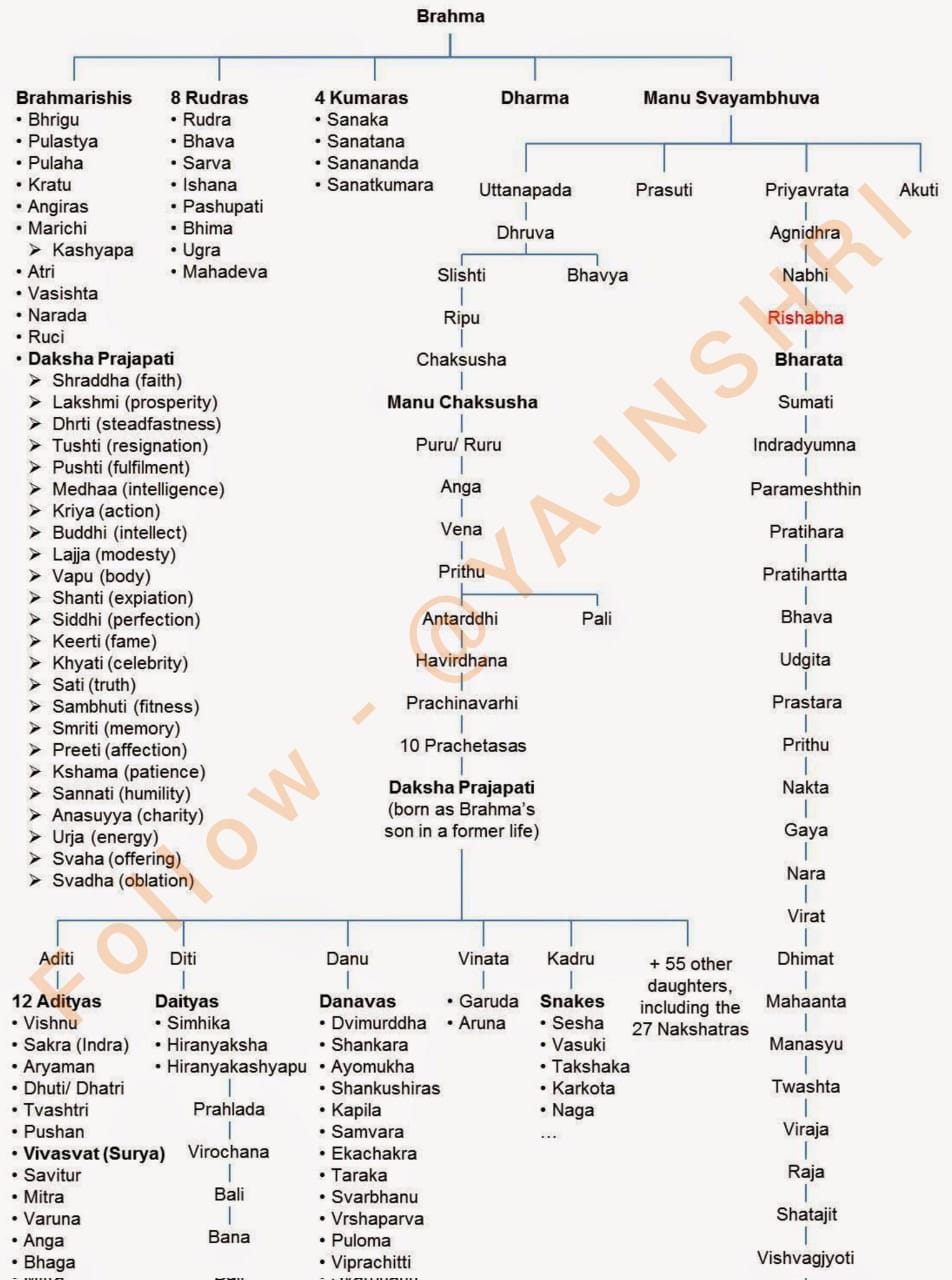 Not the answer you're looking for? Browse other questions tagged puranas brahma creation .

3
From where was the Earth raised - water or space?
8
Who are the Sanat Kumaras?
12
Why there are numerous contradictions about origin of universe and other creations in Hinduism?
7
Is reaching to next kalpa is common for some persons?
3
Guarding of women's quarter in the later Vedic and Puranic eras
6
How were women created by the Cosmic Man?