Is Kurma Purana really both highly praising and degrading Shaivas at the same time? [closed]

Want to improve this question? Update the question so it can be answered with facts and citations by editing this post.

Indeed the holy Pasupata vow has been formerly designed by me for the achievement of liberation. It is the greatest of all secrets. It is the subtlest essence of the Vedas... Sruti states that this Pasupata Yoga should be resorted by the seekers of liberation

But later it is written

There are other scriptures opposed to the Vedic view. They have been propounded by me alone and they are very fascinating in this world. Those cults are Vama, Pasupata, the Soma cult, the Lakura (Lakula) and the Bhairava and such other cults which are opposed to Veda should not be resorted to.

Shiva is contradicting himself? This says Pasupata scriptures (containing details of Pasupata vow) are opposed to Vedic view... which is the exact reason why it should not be resorted to... not because of followers !! And later who says these things -

One should not even verbally revere and honour the heretics, those who indulge in wrong actions, those who perform black magic, the Pancaratras and the Pasupatas. (Kurma Purana II.16.15)

Hence, O bull-bannered lord, we shall compose scriptures for deluding the sinners and for saving those who are out of the pale of the Vedas.’ Thus addressed by Visnu, the slayer of Mura, Rudra composed deluding Scriptures and Kesava too did the same, on being urged by Siva. They were the treatises of the cults of Kapala, Nakula, Vama, Bhairava, both of Western and Eastern variety. Pancaratra, Pasupata and thousands of other cults as well. (Kurma Purana I.16.117-9)

Again - how can it be for both deluding AND saving people? 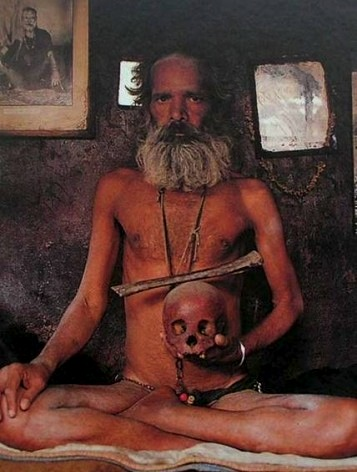 Those various scriptures which are contrary to Srutis and Smrtis seen in this world, are based on Tamo-guna or ignorance. Belief in them or practising in accordance with them is a Tamasa activity. They i.e. those contrary to Vedas are the cults of Kapala, Bhairava, (v.1. Pancaratras), Yamala, Vama, and Arhata and others similar to these also. In another incarnation of mine, these scriptures having been promulgated by me to delude the people who themselves try to mislead other persons by propagating their false scriptures. (Kurma Purana I.12.261)

That Sraddha wherein the wicked Tamasikas such as old Sravakas (Buddhists), Jainas, knowers of Pancaratra, followers of Kapalika and Pasupata sects, atheists, and others like them eat food offered to gods, does not bestow excellent benefit here and hereafter. (Kurma Purana II.21.32-33)

Who is saying these things or telling these stories? Is it interpolation? Because Shiva, Skanda and other Shaiva puranas are also highly praising these sects / cults

In the passages you have provided what is praised is the Pashupata Yoga (also called the Pashupata Vrata) and what is condemned are sects like Pashupata. So, there is no contradiction as the same thing isn't praised and condemned simultaneously. In some other scriptures too (including Usana Smriti which isn't a sectarian scripture) we find criticisms of the followers of certain sects like Bauddhas, Pashupatas, Pancharatras, Vaikahansa. So, it is not that surprising that another Purana is doing the same. The references you have provided in this question also show that Kurma Purana is in clear contradiction with Shaiva Puranas. That again is not much surprising because scriptures tend to contradict each other quite often.

Details of the Pashupata Vrata, which is praised, is found in Linga Purana too. Quoting from the book "Essence of Linga Purana":

In the wake of Tripuraasura Samhaara, Brahma exhorted Devas to emphasize the Mahima of Shiva Puja as the Asuras who were in the past were invincible as they were totally engaged in the Puja but eventually neglected it due to Maya and got degenerated gradually. He said that all the Beings in Srishti like Deva-Danava- Daitya-Rakshasa-Yaksha- Gandharva-Kinnara-Vidyaadhara-Piscacha-Siddhaas- Yogis and Maanavas should perform worship to Maha Deva with purity of body, mind and heart to reap multiple fruits from fulfilment in life to Shivaloka prapti. As all the Beings in Creation are called ‘Pashus’ or of animal instinct, Maha Deva is acclaimed as Pashupati and hence all Buddhimaans should discard the ‘Pashutwa’and practise Pashupata Yoga or Pashupata Vrata:

after securing ‘Baahyaantara Shuchi’, the Bhakta / Worshipper should perform Pranayama along with the recitals of Omkara; cease the deeds of physical limbs, control the activities of Karmendriyas, gain gradual ‘nyasa’or coordination of Jnaanendriyas, keep that state of body and mind for longer durations as signified by the word of ‘Dharana’, realise the action-reaction syndrome of ‘Tatwaas’ and seek the goal of Moksha; in this manner Pashupata yoga is accomplished; Brahma stated that by so performing the Shiva Linga Puja, Agni Havans which convert desires into Ashes, and aligning the Self with the Supreme, he conquered the ‘Saamsaarika Duhkhaas’ and enjoy the Powers of Control and Fulfillment in the Three Lokaas. Those who regularly follow the ‘Linga Puja’on these lines are stated to have secured Paashupata Yoga as indeed they are blessed. The duration of Pashupati Vrata is stated to span twelve years, twelve months and twelve days when a person observing it would achieve ‘Pashu Bandha Vimochana’ or relief from Pashutwa or of animal intinct and attain Devatwa or of the features of Devas.

9
What is the correspondence between Khandas and Samhitas in the Skanda Purana?
16
Where is Buddhism also considered a Valid Path in Hindu scriptures?
6
What are the symbolisms behind Lord Shiva speaking tantras and agamas to Devi?
2
Is the roudra weapon really the same weapon as the pashupata weapon?
9
Which are the 10 Mahapuranas dedicated to Shiva according to Skanda Mahapurana?