Why is a yagya/Homa called a sacrifice?

I read somewhere where the Agnihotra yagya/homa was called as a sacrifice. 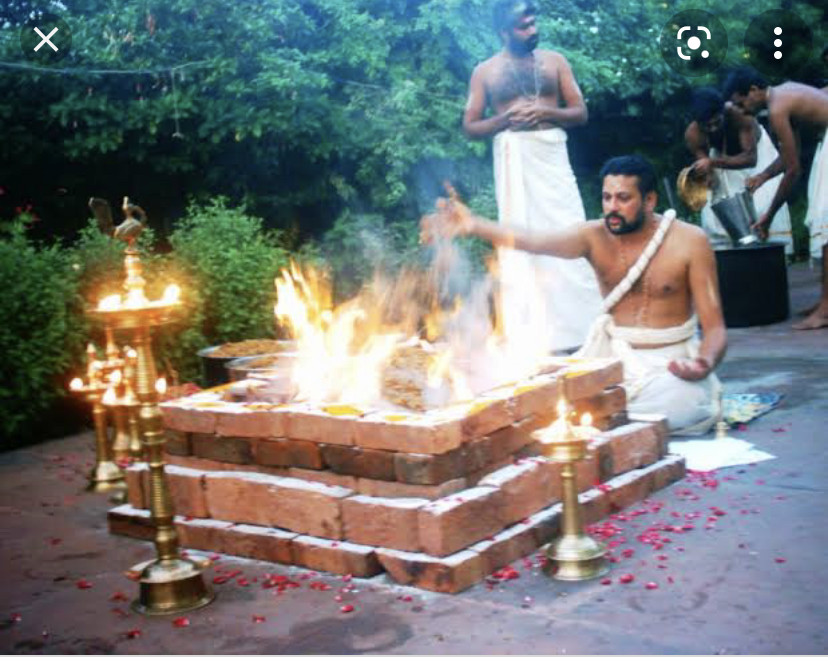 When I hear the word yagya/Homa,I remember something like this.Where the pujari offers certain items in the homakund(I don’t know if this is the correct name of the brick structure enclosing the sacrificial fire.

What is that is being sacrificed? Why is it sacrificed? Is such(by such I mean a pujari offering substances to fire or chanting (Vedic) mantras,or both) a sacrifice performed in rituals like Upanayana,Marriage,Shraaddh etc?

It all depends on the context. Sacrifice can in some circumstances mean giving something dear to us to the Divine.

Yajna, the fire sacrifice, is the central ritual of the Vedic sacrificial cult. The basic idea of Yajna according to the Vedic ritualists was that man can have a happy and prosperous life only if he lived in harmony with his environment, consisting of Nature and the Devas who control the forces of Nature. Man gets his progeny and his sustenance as the gifts of Nature and he should express his thanks to the Devas. Man is required to make an offering of thanks-giving to the Devas a share of the good things of Nature which he gets by their goodwill. This offering is made through fire which is the link between man and the Devas. This thanks-giving takes the form of ritualistic fire sacrifices with offerings of commodities and utterance of Vedic hymns. Proper performance of these Yajnas or sacrifices secures the goodwill of the Devas through which man's survival and sustenance is assured. Later on in Chapter 4 the Gita itself speaks of other Yajnas (Dravya-yajna, Pranayama-yajna, Tapo-yajna, Svadhyaya-yajna and Jnana-Yajna) of which the fire sacrifice is only one. Thus in the Gita view Yajna ultimately is a symbol for all the moral and spiritual effort of man for his higher evolution.

REF: adopted from the commentary of Swami Tapasyananda on Srimad Bhagavad Gita.

It means differently in the spiritual sense.

In the spiritual sense... sacred has a different meaning - it does not so much indicate giving up what is held dear as an offering of oneself, one's being, one's mind, heart, will, body, life, actions to the Divine. It has the original sense of 'making sacred' and is used as an equivalent of the word yajna. When the Gita speaks of the 'sacrifice of knowledge', it does not mean a giving up of anything, but a turning of the mind towards the Divine in the search for knowledge and as an offering of oneself through it. It is in this sense, too, that one speaks of the offering or sacrifice of works ... the European sense of the word is not the sense of the word 'Yajna'
or the sense of 'sacrifice' in such phrases as the 'sacrifice of works'. It doesn't mean that you give up all works for the sake of the Divine - for there would be no sacrifice of works at all. Similarly the sacrifice of knowledge doesn't mean that you painfully and resolutely make yourself a fool for the sake of the Lord. Sacrifice means an inner offering to the Divine and the real spiritual sacrifice is a very joyful thing. Otherwise one is only trying to make oneself fit and has not yet begun the real Yajna.

Commentary by Sri Aurobindo on the Gita 3.9

Not the answer you're looking for? Browse other questions tagged yajna .

11
Did Adi Shankaracharya support animal sacrifice?
7
What happens to the horse after the Ashvamedha Yagya?
4
Why Manushya bali (Human Sacrifice) was practised in ancient times?
6
Why is Chandi Homa performed?
10
What are the different types of Yagya (Yajna) and what are their benefits?
4
Which Yagya To Perform When Wife Is Pregnant?