Where was Ravana born? Do we have any mention of Ravana's birth place in any Ramayana or Purana?

Where was Ravana born? Do we have any mention of Ravana's birthplace in any Ramayana or Purana?

Ravan was born most likely in Ashram of Vishrava or else Rasatal.

Ravan's maternal grandfather Sumali hid in Rasatal after bitter fight with Vishnu in which they lost badly. Lanka, which was their home then, was given to Kuber. When Ravan was born, Rakshash were still living in Rasatal. 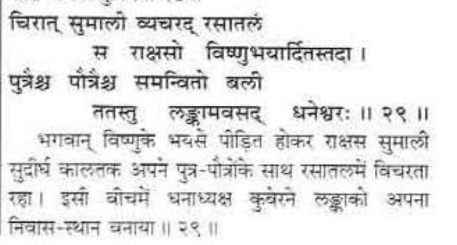 However, Kaikasi, mother of Ravan, may still be living in Ashram of Vishrava muni at the time of birth of Ravan. Kaikasi had visited Vishrava muni in desire of sons as great as Kuber, following which Vishrava muni gave her boons of four children. Although it is not stated clearly if she left for Rasatal after receiving boons.

It's likely that she continued to stay with Vishrava Muni. This may be confirmed with following incident. When Kuber (living in Lanka) came to visit his father Vishrava, Kaikasi spots him in the ashram and exhorts Ravan to be as great as him. 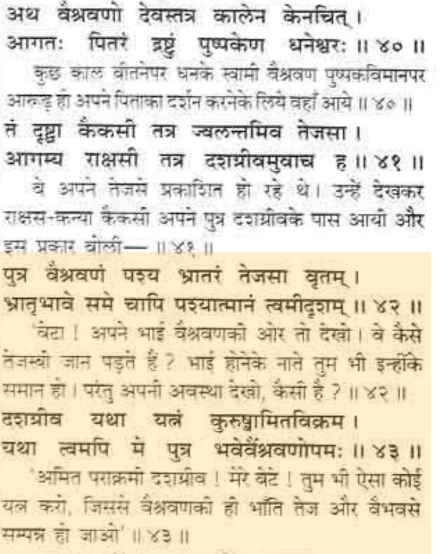 Not the answer you're looking for? Browse other questions tagged ramayana ravana valmiki .

10
Who was goddess Sita's father? Why are there multiple stories? Which one should we believe?
24
When was Ravana hit by the Sudarshana Chakra?
7
Is there any story where Ravana came to perform a Yagna for Lord Rama?
5
How were the 10 heads of Ravana arranged?
14
What was the memory/rivalry of Ravana with Bali's son Bana?
3
Does Devi Bhagavata Purana asserts that Sita was Mandodari and Ravana's Daughter?
2
Does Ramayana have any explicit mention of Dattatreya?
6
Did Ravaan kill Surpanakha's husband?