Are there any evidences of Kurukshetra war happening? [closed]

Ask Question
Asked 2 months ago
Active 2 months ago
Viewed 146 times
4
Closed. This question is off-topic. It is not currently accepting answers.

Are there evidences found in Kurukshetra regarding the epic battle fought between Pandavas & Kauravas? 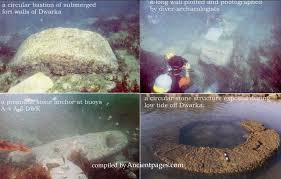 There are so many inconsistencies in the current Mahabharata story passed down to us, there's a strong possibility that the Mahabharata war is just an allegory representing the fight between good and bad forces. If this theory is true, you will not find any archaeological evidence for the war. It's not even clear what sort of evidence one should be looking for.

In one of his talks on the Bhagavad Gita, Swami Vivekananda lists some of these inconsistencies.

THOUGHTS ON THE GITA

It is human nature to build round the real character of a great man all sorts of imaginary superhuman attributes. As regards Krishna the same must have happened, but it seems quite probable that he was a king. Quite probable I say, because in ancient times in our country it was chiefly the kings who exerted themselves most in the preaching of Brahma-Jnâna. Another point to be especially noted here is that whoever might have been the author of the Gita, we find its teachings the same as those in the whole of the Mahabharata. From this we can safely infer that in the age of the Mahabharata some great man arose and preached the Brahma-Jnâna in this new garb to the then existing society. Another fact comes to the fore that in the olden days, as one sect after another arose, there also came into existence and use among them one new scripture or another. It happened, too, that in the lapse of time both the sect and its scripture died out, or the sect ceased to exist but its scripture remained. Similarly, it was quite probable that the Gita was the scripture of such a sect which had embodied its high and noble ideas in this sacred book.

Now to the third point, bearing on the subject of the Kurukshetra War, no special evidence in support of it can be adduced. But there is no doubt that there was a war fought between the Kurus and the Panchâlas. Another thing: how could there be so much discussion about Jnâna, Bhakti, and Yoga on the battle-field, where the huge army stood in battle array ready to fight, just waiting for the last signal? And was any shorthand writer present there to note down every word spoken between Krishna and Arjuna, in the din and turmoil of the battle-field? According to some, this Kurukshetra War is only an allegory. When we sum up its esoteric significance, it means the war which is constantly going on within man between the tendencies of good and evil. This meaning, too, may not be irrational.

About the fourth point, there is enough ground of doubt as regards the historicity of Arjuna and others, and it is this: Shatapatha Brâhmana is a very ancient book. In it are mentioned somewhere all the names of those who were the performers of the Ashvamedha Yajna: but in those places there is not only no mention, but no hint even of the names of Arjuna and others, though it speaks of Janamejaya, the son of Parikshit who was a grandson of Arjuna. Yet in the Mahabharata and other books it is stated that Yudhishthira, Arjuna, and others celebrated the Ashvamedha sacrifice.

Not the answer you're looking for? Browse other questions tagged mahabharata kurukshetra .