Why did Gautama Muni curse Ahalya? Did she know about Indra before Gautama muni cursed her?

Story of Ahalya, Indra and Gautama Muni is very popular. Briefly, it goes like this.

Gautama Muni went to river for bathing rituals. Ahilya, his wife was alone at the Ashram. Indra who disguised like Gautama muni slept with Ahalya. When Gautama muni returned, he spotted Indra and came to know about the incident. He cursed both Indra and Ahalya.

Yes. Ahalya was aware of Indra coming in the Rishi’s guise. She knowingly committed sin just to satisfy the desire of Indra.

The story is narrated by Vishwamitra to Ramaji in the Valmiki Ramayana Balakanda Sarga 48. After Indra approaches Ahalya, Vishwamitra narrates as follows:

Oh, Rama, the legatee of Raghu, though knowing him as the Thousand-eyed Indra in the guise of her husband Gautama, she is inclined to have intercourse ill-advisedly, only to satisfy the impassion of the King of Gods. She felt fulfilled in her heart of hearts and then she said this to that best god Indra, 'I am gratified in complying with your wish, oh, best of gods, get going oh, lord, from here quickly, oh, ruler of gods, always safeguard yourself and me from Sage Gautama.' Thus, Ahalya said to Indra.
-verses 19-20

The rest is history, how Indra came out of the hermitage and along with Ahalya, was cursed by Gautama Rishi and how God relieves her of her curse.

From the above narration of Vishwamitra, as well as Ahalya’s words directly addressing Indra as such, it can be seen that she was aware of Indra’s true personality and knowingly committed the sin.

Likely No. Ahalya pleads ignorance for this paap and asks for forgiveness. Muni Gautama readily agrees and provides the solution.

Gautama muni cursed Indra and Ahalya in same breath. As soon as he saw Indra and came to know of his deed, he was furious. He asked neither of Indra or Ahalya for any explanation about what happened.

Right after cursing Indra, Gautama Muni says that she'd stay in invisible form near the Ashram. He says that because she could not stay within Maryada or decorum, her beauty will not remain perfect. Many women will take birth sharing her great features. Beauty which caused kaam in Indira, will be shared by whole kingdom. 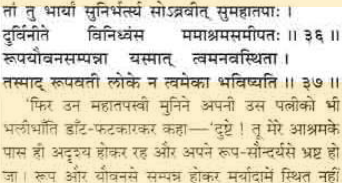 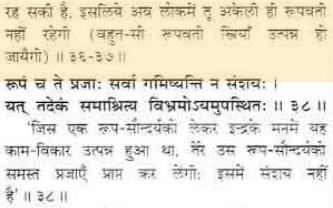 However, he melts quickly after hearing pleads of Ahalya. She says that his blessings on her should remain intact because she did this paap out of ignorance and not out of will. She says Indra deceived her by taking his form , due to which she couldn't recognize his real self. 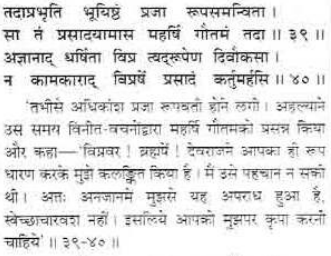 Gautama Muni says that she will come back to him once she receives darshan of Dashrath's son Ram. He is none other than avatar of Vishnu, and only he can purify her out of this paap. 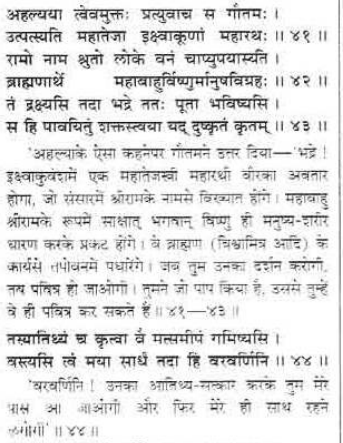 It is important to note that Indira received no such respite from Gautama Muni. He ran around trying to reduce impact of the shraap, but he couldn't avoid completely. When Indra lost battle with Meghnaad, Brahma ji reminds him of this paap again and asks him to do tap in order to overcome this. 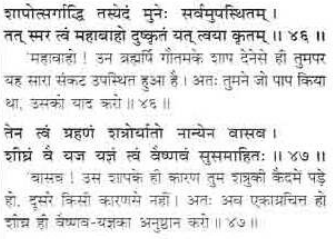 I think Ahalya was perfect in every aspect. Perhaps she lacked high degree of tap using which she can avoid such misdeeds. Please notice that this incident must have happened really early in Satyug, she being the first woman created by Brahma. Since then, she performed tap until end of Treta yug without water or food but only on air. She became purest of the pure and perfect like she is supposed to be.

Not the answer you're looking for? Browse other questions tagged ramayana ahalya .

27
Why did Sri Rama banish Lady Sita when he was a witness of her fire-test himself?
15
Was the story of adultery of Indra in the story of Ahalya a PRAKSHIPTA?
11
Who freed Rambha from Vishwamitra's curse?
6
Why did Hanuman not talk to Mandodari? How did he find out she is not Seetha?
5
Is the verse about Indra forcing himself upon Ahalyā present in the Critical Edition of Rāmāyaṇa?
7
The Four Curses and a Boon by Devī Sītā