In many images, Lord Hanuman is shown as sitting in a particular posture seen in the images given below: 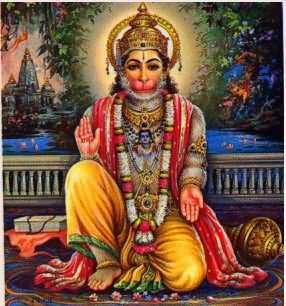 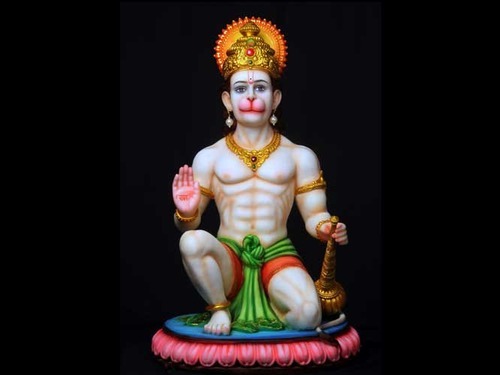 Here, he is kneeling down with the left knee touching the ground and the right leg is placed flat on the ground.

What is this posture called? And what is it's significance?

This indicates the Brahmacharya of Hanuman ji.

In Hinduism,the left side/ left lap of a male married deity/a father deity is reserved for his spouse(ardhangini) 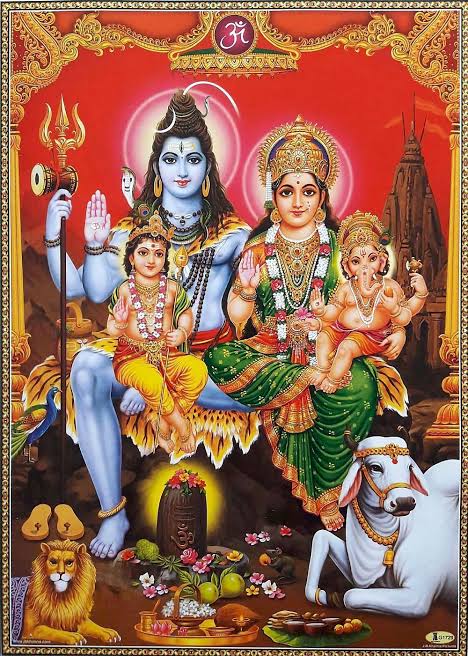 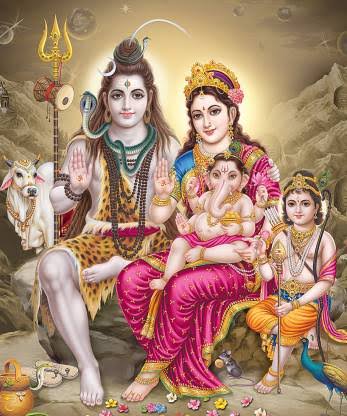 Two instances where this concept is highlighted:

a)In the Vishwanathashtakam,Adi Shankaracharya describes Lord Shiva as “Gauri Niranthara Vibhushita Vama Bhagam”(He who is adorned by Gauri on His left perpetually)

b)In the Rama Raksha Stotra,31st verse is as follows:

But Hanuman ji is a brahmachari,hence His left lap is not to be filled as such,hence it is depicted in Such a way that sitting on it is not possible ,in the position that it’s shown.

(Hanuman ji does have a spouse who is the daughter of Surya,but since He did not father children,this may be the reason she doesn’t sit on His left lap)

You can find the same logic in depictions of Lord Ayyapa. 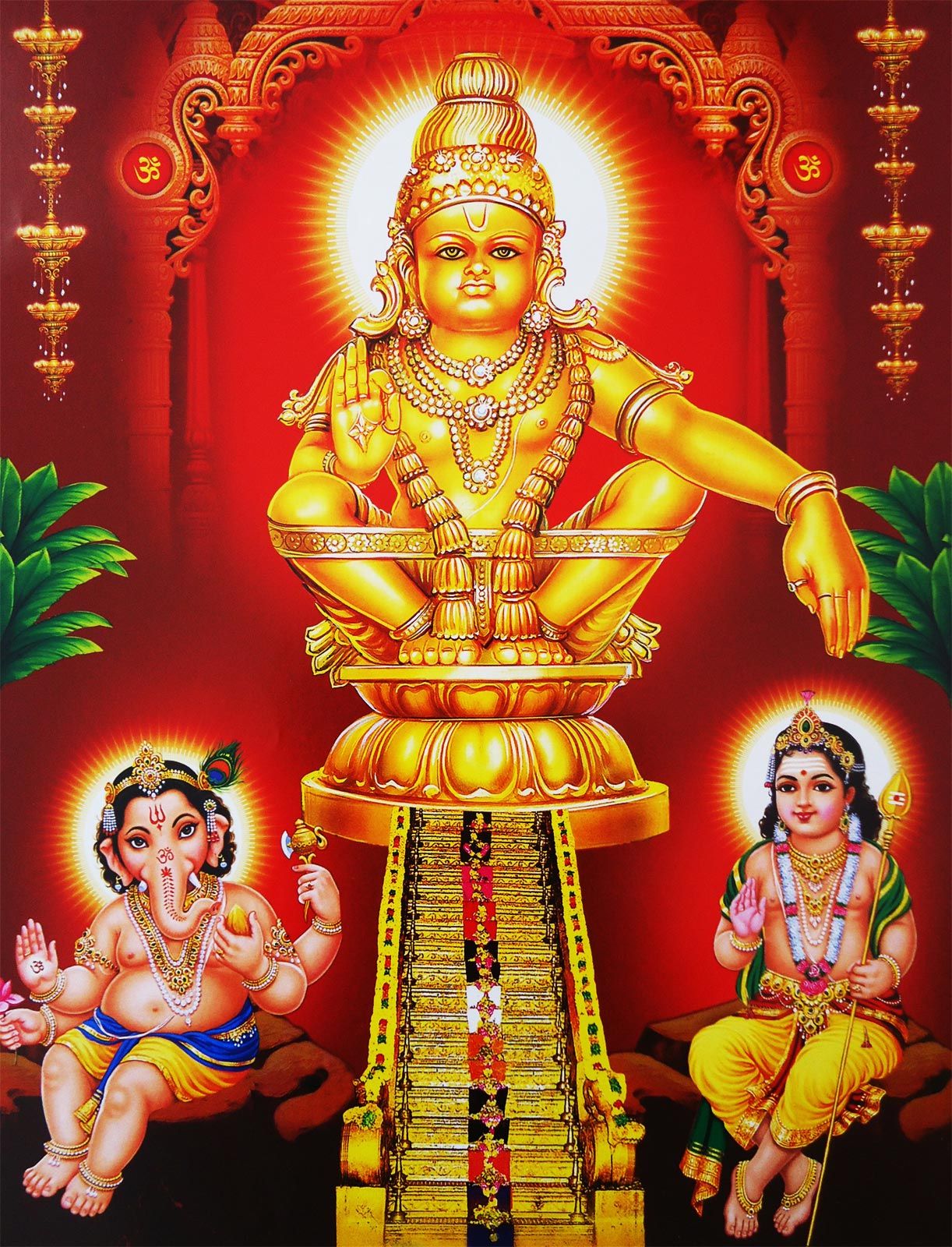 He is also a Brahmachari,so His left lap is positioned in such a way that in the position that it is,it cannot be sat upon(signifying His celibacy/Brahmacharya)

Lord Ayyapa is a “naishthik “ Brahmachari,hence His right lap is also in that position as is His left lap(Hanuman ji’s laps are placed differently,yet the left lap is placed in both Their icons,in such a way that in the position that it is shown,it cannot be sat upon.

I doubt as to whether the kneeling posture shown in the picture (or for that matter,any single posture) is the proper mandate for depicting Hanumanji,as I’ve seen pictures where the knees are placed reverse with respect to what the question shows: 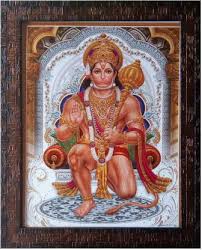 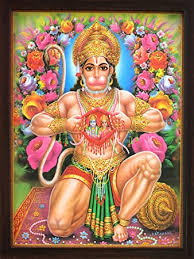 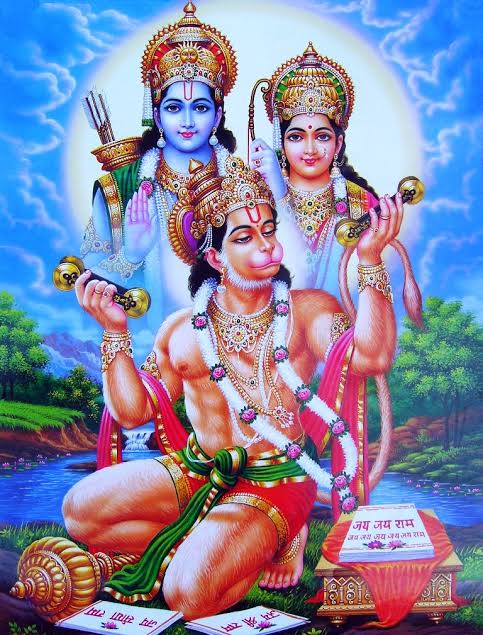 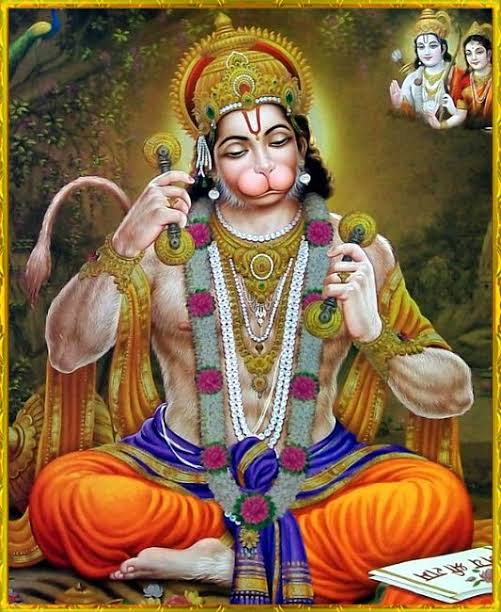 Given that Hanumanji is depicted in all these ways,I don’t think that all the four postures shown have their own special meaning,**when Hanumanji is shown in that posture,in a way so as to depict some quality of Hanumanji specifically.

(Last two photos shown are Vajrasan and Padmasan respectively,but again I don’t think there is any specific trait of Hanumanji that they show especially )

So in conclusion,from what I could gather until now,there is no set way to depict Hanumanji,and this is the artist’s choice..

Not the answer you're looking for? Browse other questions tagged hanuman symbolism asana .

10
Why are female counterparts in South Indian temples placed on the right?
8
What is the significance of Lord Ayyappa's sitting posture?