Question for Advaitins: If I am Brahman, then why do I (who is already Brahman) need to find out that I am Brahman? Who is this “I”?

The second point is wrong. 'I' does not refer to Brahman. Here 'I' is the subtle body of Jiva that consists of manas, buddhi, chitta and ahamkara. It is this I that is searching for Brahman.

Sri Ramakrishna:"This is the lingasarira or embodied soul. It consists of manas, buddhi, chitta and ahamkara. Lingasarira is the Atman bound by the eight fetters. Chitta is the 'I-consciousness' that says 'Aha!'"

The Gospel of Sri Ramakrishna, Chapter 30, The Master in Various Moods

Some Comments on the nature of Brahman

The question has been changed. The first version of the question stated that Brahman is all-knowing. Is it a correct description of Brahman? I would like to state that Brahman is Pure Consciousness in the Advaita Vedanta scheme. To interpret the Advaita Brahman as jada is completely missing the point. The concepts of 'all-knowing' or 'not all-knowing' can not possibly apply to Pure Consciousness. Such dualistic concepts can apply only to conscious beings. Narayana of Vishistadvaita Vedanta and Vishnu of Dvaita Vedanta are conscious beings and are all-knowing.

It is very difficult to say anything affirmative about Advaita Vedanta Brahman. The description 'Sat-Chid-Ananda' illustrates this point. Brahman may be said to be existence (SAT), be Pure Consciousness (CHID) and be bliss itself (ANAND). The above description is not stating that Brahman exists but what is being claimed is that Brahman is the principle of existence. Similarly Brahman is not a conscious being but consciousness itself and is not blissful but bliss itself.

It is this difficulty that has led to describing Brahman negatively. An example of Brahman described negatively is given below.

Yajnavalkya said: O Gargi, it is the supreme being that the non-yogins call gross but, in fact, that is eternal and wonderful lord; one that is not long, not red, that has no head, that has no setting, hence that has a lasting taste, that has no contact, no smell, no juice, no eyes, no ears, neither speech nor mind, no brilliance, no proof [or magnitude], no (worldly) happiness, no name, no race, no death, no age, no ailment; that is nectarine, that is expressed by the word Om, that is immortal, that has neither a predecessor nor a successor, that is endless and non-external. It eats something. It does not eat anything. ..

These both may seem as the same question, but there asking vastly different questions, so I'm going to answer then separately.

There are five koshas or layers

But Brahman is beyond all these five koshas. Brahman can't think, cant remember or know in the colloquial sense. Brahman can only experience and is pure witness alone. It is the inner most core of all the koshas. Whatever thinking and knowing happens in these five koshas which are all inside Maya. 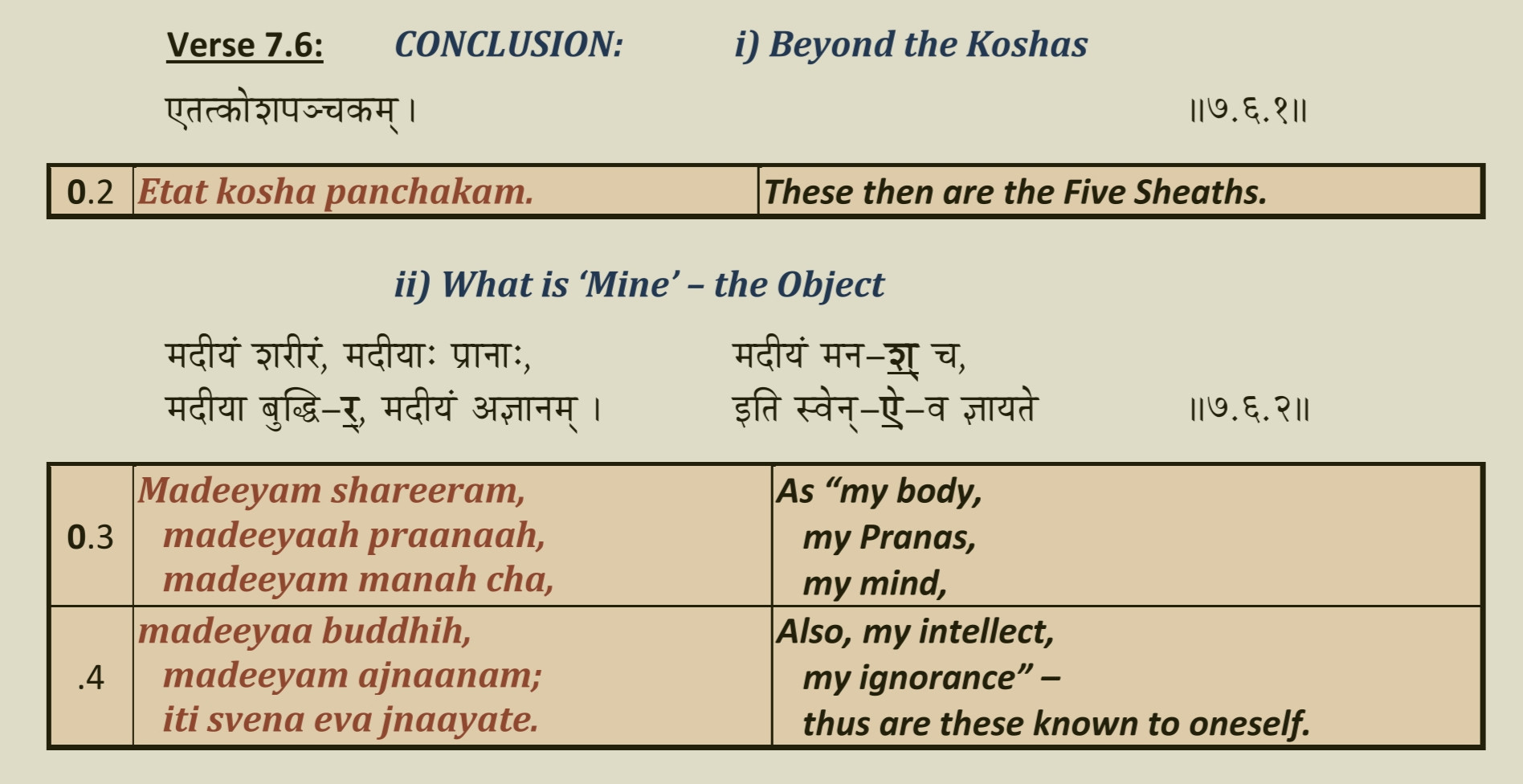 Most of such confusing paradoxes arise because one is confusing the Paramarthika truth (Absolute reality outside maya) with Vyavaharika truth (Illusory reality within maya.) The answer by Pradip Gangopadhyay answers this part of question correctly. But this answer doesn't apply to the first part of question.

The question is a classic question in Advaita Vedanta. Ancient Advaita teachers have dealt with it. In a nutshell, the answer is that in different places, the word "I" is used in different senses: familiar meaning, figurative meaning and indirect meaning.

Here, I am quoting "Naishkarmasiddhi", one of the classics of Advaita Vedanta. This is the work of Suresvaracharya (direct disciple of Sankaracharya).

Between the verse II.53 and II.54, Suresvaracharya raised this question. He explained the meaning of the word "I" in the authoritative texts (for example, in the sentence "I am Brahman").

"We proceed to explain the (different) senses (of the word "I") viz. the familiar meaning ("Prasiddha"), the indirect meaning ("Lakshana"), and the figurative meaning ("Guna")."

Familiar meaning is the primary or usual meaning. Let's take the following example. "Yesterday, I saw a lion in a zoo." Here, by the word "lion", we mean the real lion - the animal. This is the familiar meaning ("Prasiddha"). But, consider the following sentence. When we say, "Devdutta is a lion", it is a figurative usage ("Guna"). It is based on the common qualities of Devdutta and the lion (they are both brave). Now, move on to the third example. When we say "a village on the Ganges", we mean "a village on the bank of the Ganges". This is an indirect use ("Lakshana). Indirect usage is based on proximity (between the Ganges and its bank). But there is no common quality between them.

Now, "I" can be used in these three ways in different situations. In the sentence "I am Brahman", the word "I" is used in a figurative sense ("Guna-Vritti") to represent Brahman.

"On account of the interiority of the ego-sense to everything else but the pure Self, on account of its subtlety, and because it behaves as if it were the perceiving Self - for these reasons all other notions (Vritti) are discarded and the ego-notion (i.e., the word "I") is chosen to represent the pure Self figuratively." - Naishkarmasiddhi II.55

Elsewhere, Suresvaracharya explained that in the text "I am Brahman", the primary or familiar meaning of the word "I" is "ego".

"As, in the judgement "this post is a man", the notion man cancels the notion "post", so all notion of ego is cancelled by the conviction "I am Brahman (the absolute)." - Naishkarmasiddhi II.29

Therefore, in the Mahavakya "I am Brahman", whatever sense you choose for the word "I" (familiar or figurative), in any case, the central message remains strict non-duality.

4
Which Shaivite sect believes God is the operator of the Universe but not the source?
8
What is the relation between Viraj, Hiranyagarbha, Brahma, and Saguna Brahman in Advaita terminology?
4
What was the exact philosophy of Swāmi Vivekānanda?
5
If God is both omniscient and omnibenevolent, then, why do we need to pray?
6
Why do Advaitins strive to realize Brahman if only Brahman exists?
4
Everything is a thought then why does this present moment feel so real?