Where has it said in the authentic scriptures, that a year in the Yuga schematic of Manu is actually a Daiva year?

The one of the early mentions of Yuga theory of Satya, Treta, Dwapara and Kali occurs in Manu Smriti. 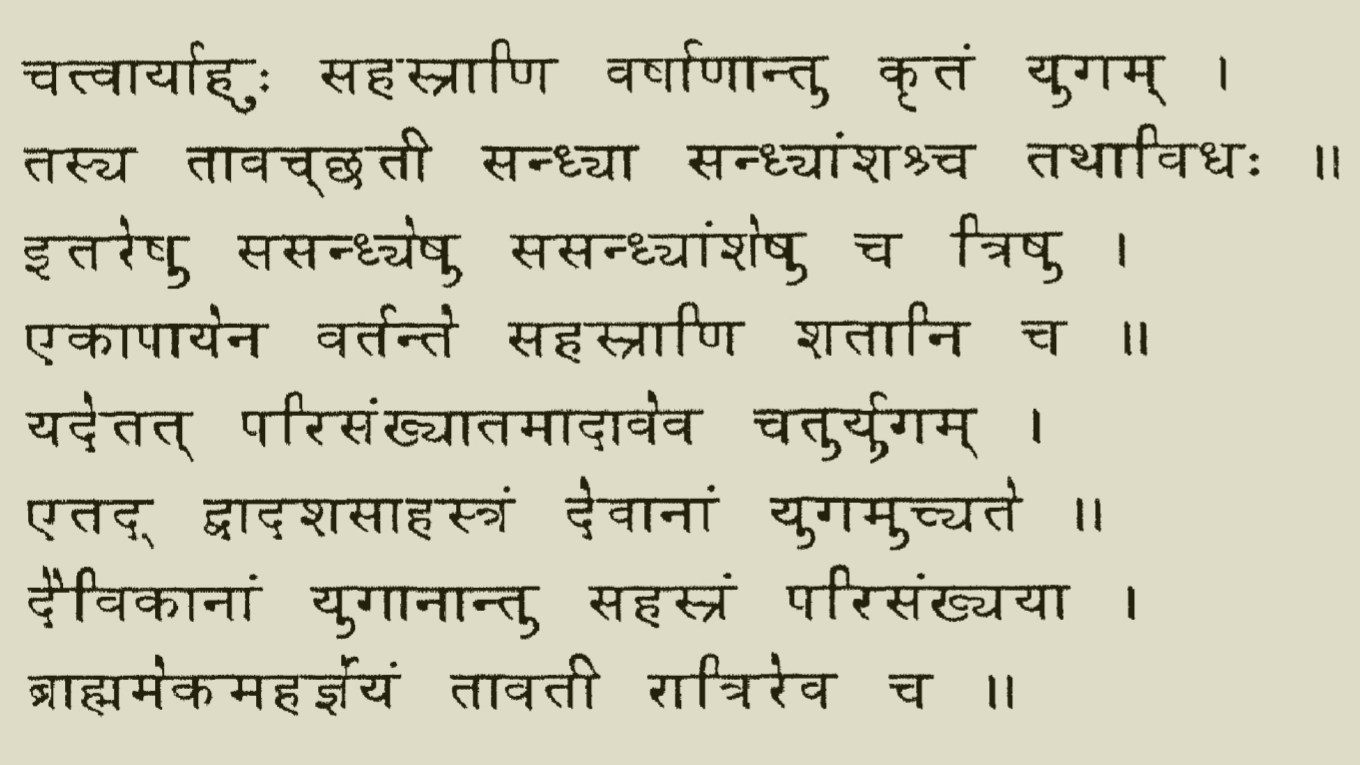 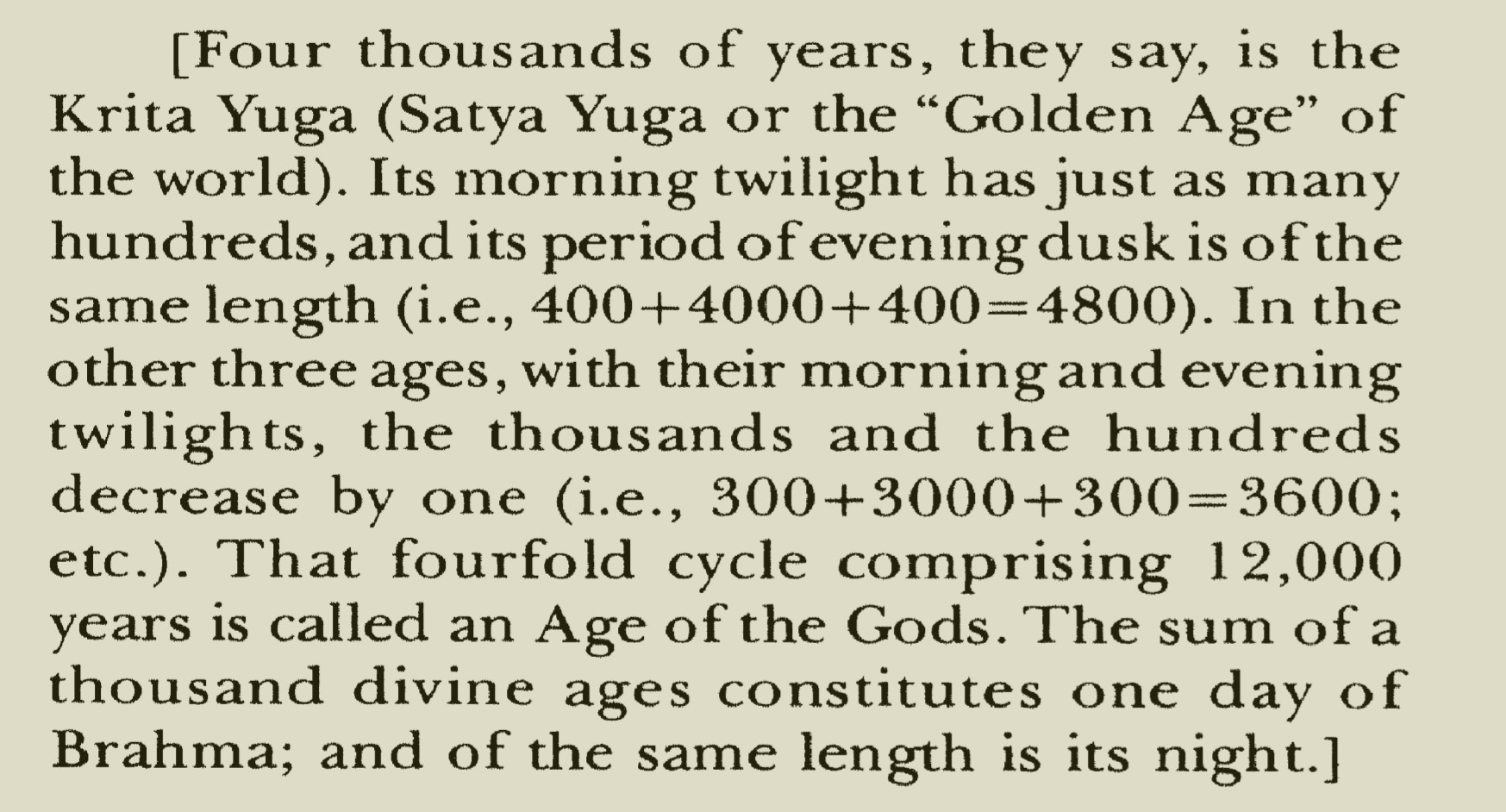 There the Yuga is acutally only 12000 years with

And two such Yugas make one Maha Yuga of 24000 years which is roughly the period for the precession of equinoxes to make one complete cycle 25772 years.

So there's a good synchronicity in considering that one year in the yuga scheme is actually one human year. And taking one year in the yuga model as one Divya year, which ends up giving crazy big numbers which we know should be false from modern science. Hinduism is always aligned with Anumana or Modern science, it cannot invalidate it as it is one of the valid pramana.

The evolutionary process led to modern humans. Humans and their ancestors have been walking the planet for about 6 million years. Homo sapiens, who are the modern form of humans evolved 300,000 years ago from Homo erectus - Source

But if we take one year in Manusmriti Yuga scheme as one Daiva year, then

This means that Lord Rama and all other Rishis lived when Human beings were not even present on Earth according to Modern Science, also it simply doesn't agree with any evidence of history we have. Even the most hard core Hindus believe Lord Rama built the bridge like 7000 or so years ago and not 1,296,000 years ago.

It seems that it was a later interpolation done in calculation by some Pundits. And this is what is argued by Swami Yukteshwara Giri in his famous work the The Holy Science.

But despite this argument, today majority or Hindus and Orthodox Hindu institutions still stick to the old calculations.

The years are daiva (divine) years.

Mortal's one years is equal to 1 day and night of Devas.

Vishnu Purana: Book I: Chapter III mentions the Manwantara time in divine years as well as in human years which:

Thirty Muhúrttas constitute a day and night of mortals: thirty such days make a month, divided into two half-months: six months form an Ayana (the period of the sun's progress north or south of the ecliptic): and two Ayanas compose a year. The southern Ayana is a night, and the northern a day of the gods. Twelve thousand divine years, each composed of (three hundred and sixty) such days, constitute the period of the four Yugas, or ages. They are thus distributed: the Krita age has four thousand divine years; the Tretá three thousand; the Dwápara two thousand; and the Kali age one thousand: so those acquainted with antiquity have declared. The period that precedes a Yuga is called a Sandhyá, and it is of as many hundred years as there are thousands in the Yuga: and the period that follows a Yuga, termed the Sandhyánsa, is of similar duration. The interval between the Sandhyá and the Sandhyánsa is the Yuga, denominated Krita, Tretá, &c. The Krita, Tretá, Dwápara, and Kali, constitute a great age, or aggregate of four ages: a thousand such aggregates are a day of Brahmá, and fourteen Menus reign within that term. Hear the division of time which they measure.

Seven Rishis, certain (secondary) divinities, Indra, Manu, and the kings his sons, are created and perish at one period; and the interval, called a Manwantara, is equal to seventy-one times the number of years contained in the four Yugas, with some additional years: this is the duration of the Manu, the (attendant) divinities, and the rest, which is equal to 852000 divine years, or to 306720000 years of mortals, independent of the additional period. Fourteen times this period constitutes a Bráhma day, that is, a day of Brahmá; the term (Bráhma) being the derivative form.

Below are the Sanskrit verse and Hindi translation from Gitapress:

3
The actual age of each yuga
10
Which scripture mentions Yuga length?

11
Yuga changes and age difference
14
Ramayana ➡ Mahabharata: 31 Ikshvaku Kings. What was the (average) age of those kings?
3
Smaller cycles of Kaala or Time
16
Are we in Kali-Yuga's pre-Sandhi period?
6
What scriptures discuss Krishna's time in relation to the Yuga Sandhi periods?
6
Do Smriti Shastras have any provision that allows changes with time?