Active Oldest Votes
5
Want to improve this post? Add citations from reputable sources by editing the post. Posts with unsourced content may be edited or deleted. 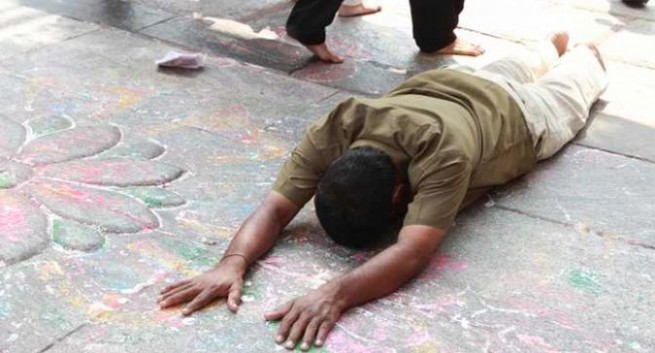 2
Why dandvat pranam has more importance?
4
Are different ways of salutation (pranaam) just cultural or prescribed in scripture?
1
What is significance of Shashtanga Namaskaram near Kodimaram/Dwajastambha/flagpole?

54
Why is Shiva primarily worshipped in a linga form?
5
What is the significance of viewing Shiv Ling from in between the ears of Nandi?
9
What does Hinduism state regarding the concept 'God lives in us'?
48
Is the ultimate purpose of life only to serve God?
5
What do hindu gods hand gestures and standing pose represent?
14
What do Hindu scriptures say about Hindu temples?
9
What is the significance of tying a string of lemon and chillies?
3
Direction of facing while doing Sashtang Namaskar?