What is the unique call to prayer in Sanaatana Dharma?

Aarti is the call to prayer during Puja Prarthna in Temples or at home.

Aarti is a prayer which is usually sung. Dholak, Ghanti or bell and many other instruments are played when Aarti is done. A burning camphor is shown to the Devi and Devta in circles. For reference, please have a look at Ganga Aarti at Kashi.

Any elaborate puja is usually ended with Aarti. Even if one may not have participated in actual puja attentively, it is usually advised to take part in final Aarti (as I've observed being a practicing Hindu). Everyone gathers towards the primary diety and where Aarti is being performed, singing in chorus. Once Aarti is over, everyone takes blessing of the burning camphor.

Nitya Kram Puja Prakash, Gita Press lists down Aartis and Pujan vidhi for each Devi and Devta : Shiva, Durga, Krishna, Lakshmi, Ganesh, Surya etc. As you can see, puja is ended with an Aarti with camphor. 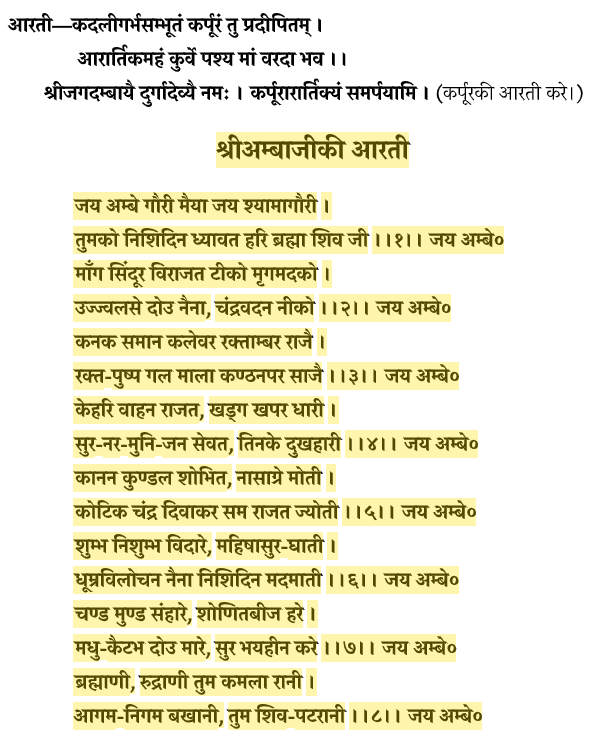 Not the answer you're looking for? Browse other questions tagged puja prayer .

4
Postures of body while worship the god or during prayer?
5
If God is both omniscient and omnibenevolent, then, why do we need to pray?
5
If Brahman is unattached, why does It remain attached to a devotee?
9
What is the difference between prayer and worship?
4
What is the foundation behind the concept of prayer in Hinduism?
2
How do mantras works?
4
Mantras, Prayer for Health?