What are the Puranic verses which say Tapta Mudra Dharana should be done?

This question asks what are the puranic verses that advise against Tapta Mudra Dharana.

I want to ask, what are the Puranic verses which say Tapta Mudra Dharana should be done?

Please answer with the exact Puranic chapter and verse along with a link that points to the verse. You can also include verses from Vedas, Upanishads, Smritis, and Agamas. But Puranas are the important ones which are words of Veda Vyasa.

There are some allegations that there are no such things in Puranas, and whatever is there is actually adulterated. So please quote from neutral sources like Gita Press or Well known popular editions or Old Manuscripts etc.

These are sources I got on the internet, but it does not give the chapter and verse number.

This link gives a list of Puranas endorsing it. 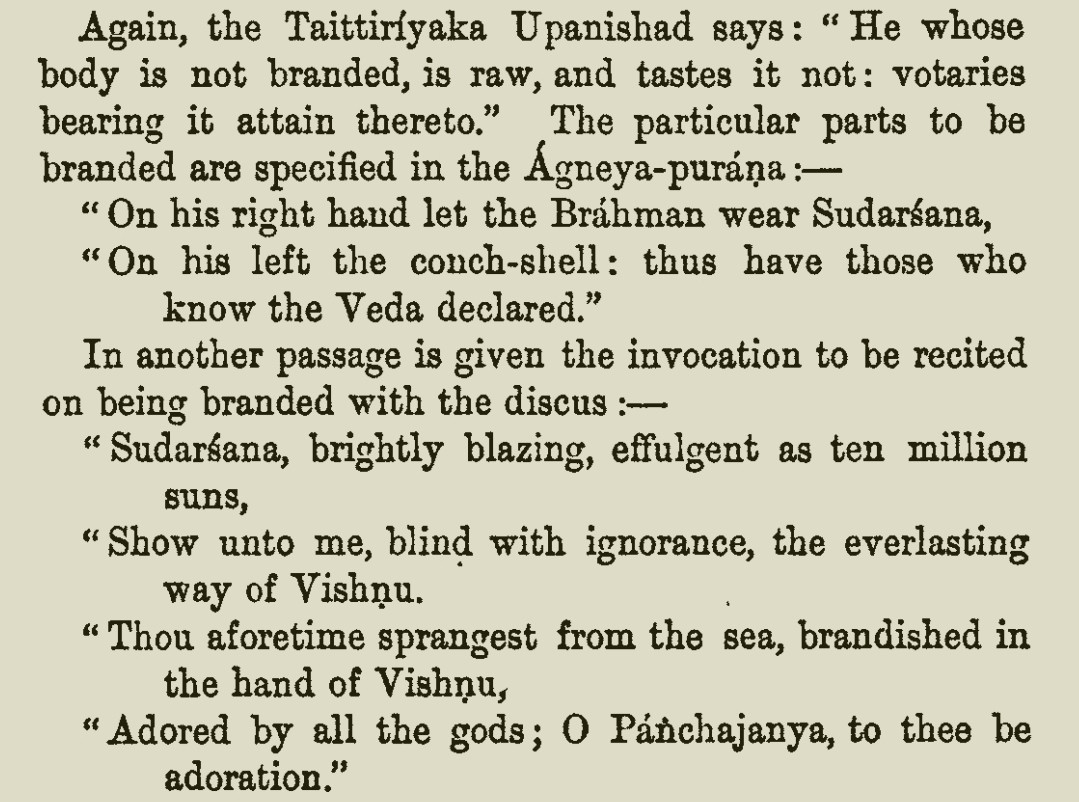 Yes. Certainly, we do have Paurāṇic verses prescribing for the Tapta-mudrā-vidhāna for the Vaiṣṇavas.


The Purāṇa further says that all the deeds by a Dvija are fruitless if performed without five qualifications, one of which is the Tapta-mudrās

Almost the whole chapter is devoted to define the importance of heated-marks (tapta-mudras).