Is Asura Krishna mentioned in the Rigveda the same as Lord Sri Krishna?

I saw this particular verses from the Rigveda which says that an Asura named "Krishna" had a great enmity with Indra. I want to confirm that is this the same Sri Krishna or is it someone different? (I know that there are entities with the same name, that's why I am asking) 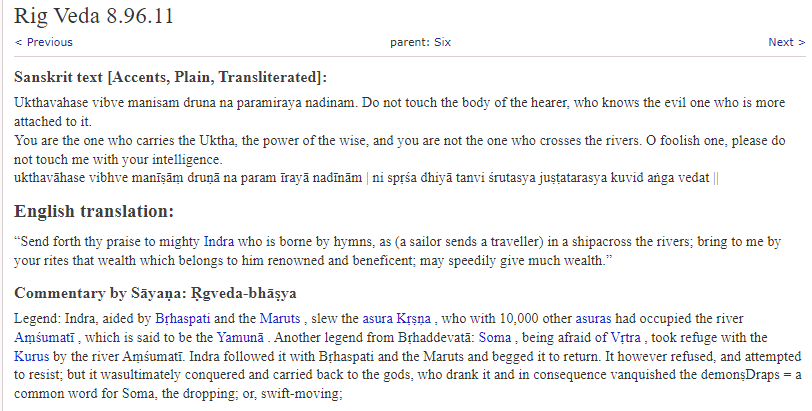 This apparently asura Krishna, mentioned in the Rig-Veda 8.96.13-17, if interpreted as a person, cannot be the Divine god (Bhagvān) of the Srimad Bhagvad Geeta.

This is because, Krishna was not killed by Indra, rather he chose to end his earthly past-times (leelas) through the medium of hunter Jara. Indra is nowhere involved.

This is narrated in the Śrīmad-Bhāgavatam Purāṇa, besides other scriptures.


Rather, Krishna is the one who destroys the ego of Indra in the famous incident when he lifted the whole mountain on his single little finger (ŚB 10.27)


On the contrary, here's an alternative translation by Dr. Tulsi Ram, which interprets the word Krishna as a non-person, and provides a metaphorical understanding of the verse -

The Krishna of the Rig-Veda 8.96.13, is not the Divine God Krishna (who spoke the Srimad Bhagvad Geeta), but some other person after all, if the word Krishna is interpreted in a Proper Noun sense. Otherwise there can be a symbolic interpretation too, as mentioned above.

13
Did Dasharatha fight against the same demon Shambara described in the Rig Veda?
10
Who spoke the Lakshmi ashtakam & did Lakshmi really kill Kolhasura?
11
Are the Vedic Gods Prajapati and Brahma the same?
3
Why Lord vishnu praises and lauds Indra deva s majesty according to Rig veda?
5
Was Brihaspati mentioned in Rig Veda and Usana mentioned in Rig Veda and Bhagavadgita the same person?