I've read in slokams and places where it is mentioned that Lord Srinivas/Vishnu adorns Kausthubham and wears Peethambaram.

I searched in Google but unable to find what it actually means?

Can someone tell me what does it mean by

It would be really beneficial if someone could name all the important ornaments of Lord Vishnu and his consorts on his chest.

The lord, appearing on the shoulder of Garuda, seemed like a cloud resting on the summit of the mountain known as Meru. The body of the lord was covered by attractive yellow garments (peetambar), and His neck was decorated with the jewel known as Kaustubha-mani. The bodily effulgence of the Lord dissipated all the darkness of the universe.” (Shrimad Bhagavatam, 4.30.5)

Kaustubh was the 4th gem which came from Sagar Manthana. And devas offered it to Shree Hari.

Srī Vatsā cinhā is the mark on right side of chest of Shri Hari. Where devi Laxmi resides. Every vigraha of Vishnu has it. For more read Here 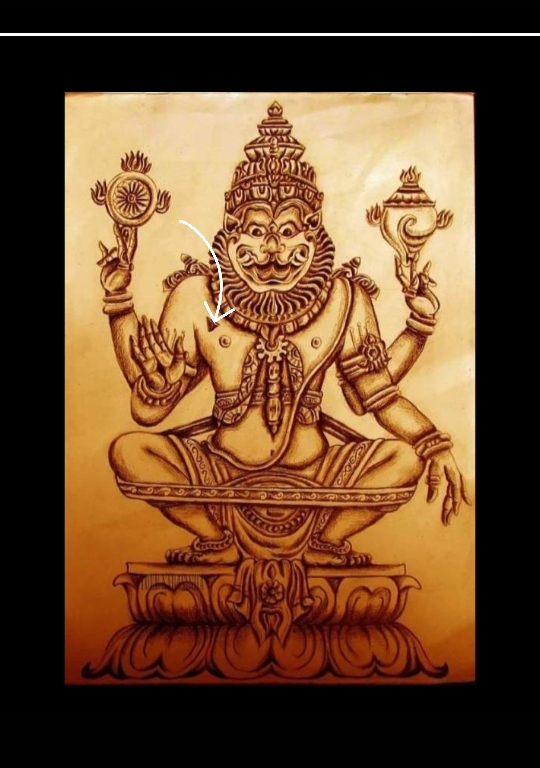 The cinhā is marked, as you see.

Every Vigraha has different Abharan and Asbhushans. Will explain abt, Balaji and Vitthal here. 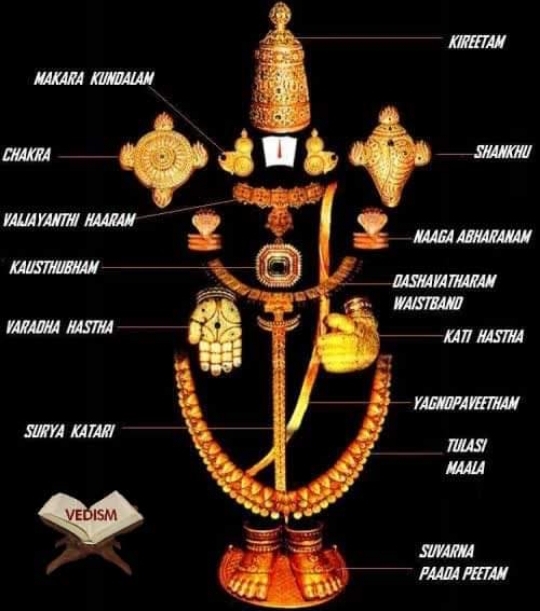 One ornament missing here is Vajra Kavach, which is bedecked on his chest.
The Mukhut on his head is known as Vajra kirita.
Vaijanthi mala is his favourite garland thus adorned with it.
Surya Katari is the sword of Venkateshwara.
Makar Kundala (Makar shaped) are one type of earrings mentioned for male deities in Agams.

After the vigraha is done with alankaram, Laxmi and Padmavati are adorned on the chest of Venkateshwara. Thus giving the true name to the lord, Shree Nivas.(The place where Laxmi resides) 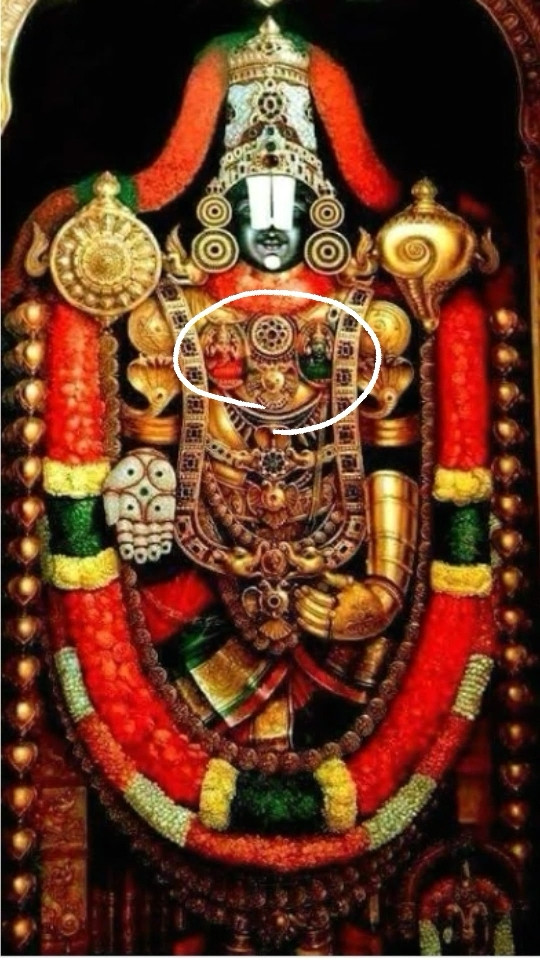 Devi Laxmi on left side and Padmavati on right side of the chest. 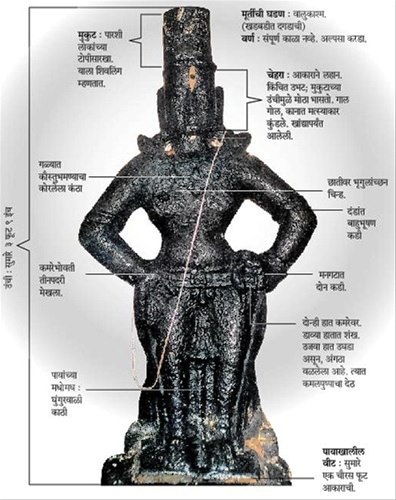 The ear rings here are Matsyakundal(fish shaped).
Between the feets of Vitthal is a stick with Bells(ghunghru).
Mukhut which looks like a hat, but is called Shivling.
A 3 roped waist band called Mekhala.
Some common features -
2 kadas(Bajuband) on arms, Kaustubh Mani on chest, Srī Vatsā Cinhā on right side of chest, Lotus in right hand, and conch in left, and the lord is standing on Brick (in marathi brick is called as Vith, thus the name Vitthal)

1. The Kaustubh and the Srivatsam Mark on Vishnu

Having offered salutation to the mighty and indescribable Viṣṇu, I repeat to you what was formerly related to me by Vaśiṣṭha.

In this manner soul, nature, intellect, egotism, the elements, the senses, mind, ignorance, and wisdom, are all assembled in the person of Hṛṣikeśa. Hari, in a delusive form, embodies the shapeless elements of the world, as his weapons and his ornaments, for the salvation of mankind. Puṇḍarikākṣa, the lord of all, assumes nature, with all its products, soul and all the world. All that is wisdom, all that is ignorance, all that is, all that is not, all that is everlasting, is centred in the destroyer of Madhu, the lord of all creatures. The supreme, eternal Hari is time, with its divisions of seconds, minutes, days, months, seasons, and years.

So, Kaustubh gem is a representation of the Soul and its divinity, while Srivatsa mark is a symbolism for the Pradhana, all of which are under the Lord's control.

The Yellow Robe (pitāmbara):—Yellow which is the colour of the fire represents yajña or Sacrifice which is the principle activity taught in the Vedas. The Lord is known as yajña-puruṣa the One who receives all the oblations offered into the sacred fire. The act of creation is depicte d in the Vedas as a cosmic sacrifice in which the Supreme Person Himself becomes the victim, and it is from this primeval sacrifice that the cosmos has its origins. The yellow robe symbolizes fire and the principle of sacrifice which underlies all human transactions with the environment and with other beings. In order to receive we must give, obtaining one thing also requires letting go of another. This ethically managed reciprocity is the foundation of Dharma practice.

Even the Srimada Bhagvatam states the significance.

The yellow robe or garments of the Lord represents the metres of the Vedas.

Not the answer you're looking for? Browse other questions tagged vishnu vaishnavism symbolism symbols .

7
Where can I read the original story of Bhasmāsura?
2
Does Lord Narayana take incarnation to change era?
8
What is the significance of Lord Ayyappa's sitting posture?