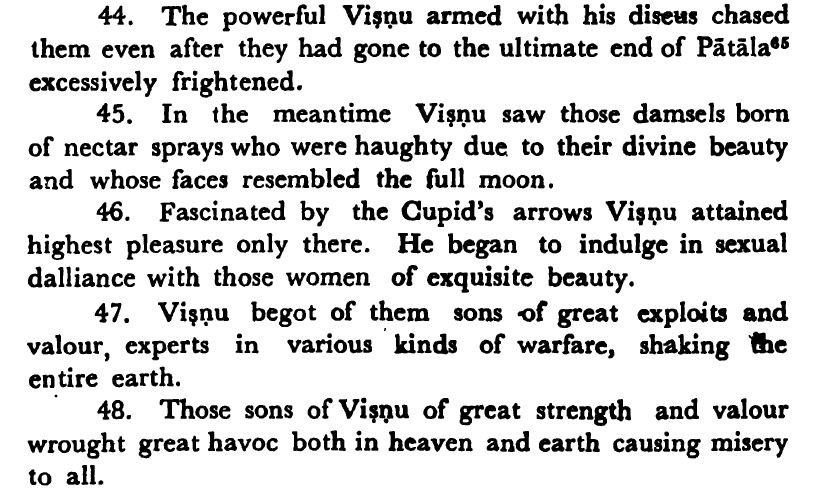 Viṣṇu is referenced as the father of Kāmadeva in the Skanda Purāṇa (Verse 4.1.7.99):-

1
Does Shri Vishnu have any sons or daughters?
23
Why did Lord Shiva fight with Lord Vishnu?
18
Is Kusha (kush) son of Lord Rama?
23
How did Varaha's son Narakasura become evil?
6
Why sons of Lord Shiva & Devi Parvati are only worshipped?
5
Why Revantha the youngest Son of Sun god went to Vishnu's abode?
6
What is the story of Lakshmi's son Chikleeta?
4
Why is Shiva and Parvati depicted with their children but not Vishnu and Lakshmi?
1
Does the first verse of Nammalwar's Thiruvaimozhi intentionally spell out AUM?

21
What are the Avatarams of Vishnu described in the Yuddha Kanda of the Ramayana?
8
How is the existence of Krishna's 8 Chief Wives reconciled with the idea of Vishnu/Lakshmi?
10
Who are Adi Shakti and Durga?
6
Why sons of Lord Shiva & Devi Parvati are only worshipped?