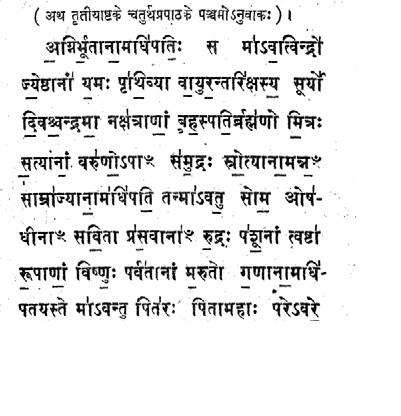 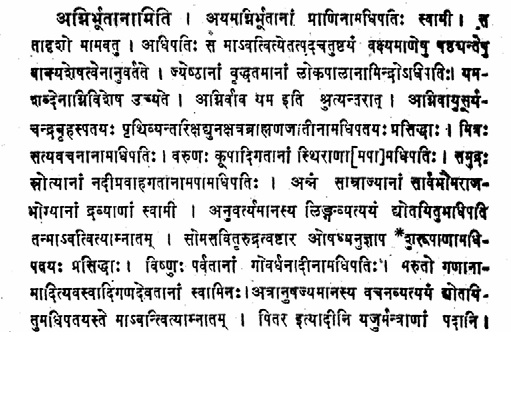 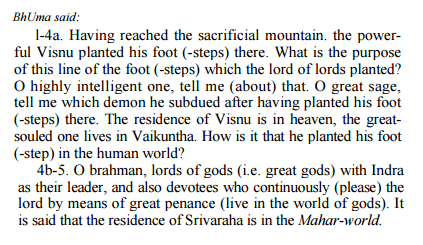 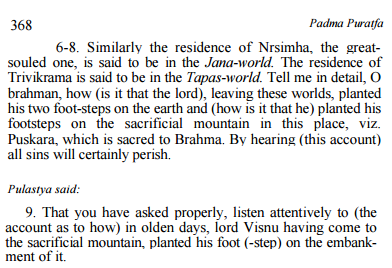 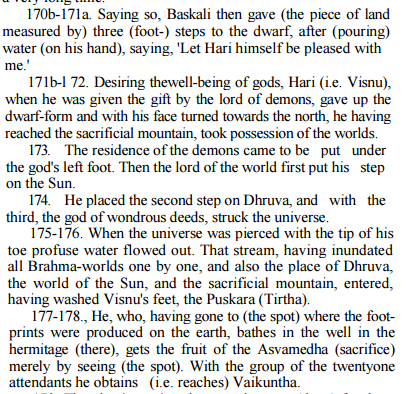 Not the answer you're looking for? Browse other questions tagged vishnu vedas yajur-veda .

8
Why does the Rig Veda call Vishnu a mountain-roaming bull?
8
Why does Periyalwar say that Krishna was born in Thirukottiyur rather than Mathura?
6
Which Alwars praised Vishnu in Sanskrit?
2
Did the first four Alwars meet Krishna or any other Mahabharata characters?

21
What are the Avatarams of Vishnu described in the Yuddha Kanda of the Ramayana?
7
Who is addressed as "the step of Vishnu" in the Yajur Veda?
8
Why does the Rig Veda call Vishnu a mountain-roaming bull?
13
Why does Vishnu have eight arms when Krishna and Arjuna go to see him?
9
Who is the seer of the Nila Sukta, the Vedic hymn to Vishnu's wife Nila Devi?
9
Who are the Vajin gods?
15
Are there other interpretations of RV I.154 that confirm or refute Jiva Goswami's interpretation that the Supreme Abode of Vishnu is actually Goloka?