I came across this term in hit TV series Shivam which is a Tamil dub version of Devon Ke Dev...Mahadev. Shiva confronts the personification of Apasmara to aid in Parvathi's efforts to realize her true self - Adi Shakthi - as part of Ashtanga Yoga. I would like to know the origin, source and exact nature of Apasmara as described in the scriptures and the prescribed way to tame it.

Apasmara, AKA Muyalaka, is the demon crushed under Shiva's foot in his form as Nataraja the king of dance. He is a dwarf who symbolizes ignorance and/or evil, and Shiva is portrayed as crushing him: 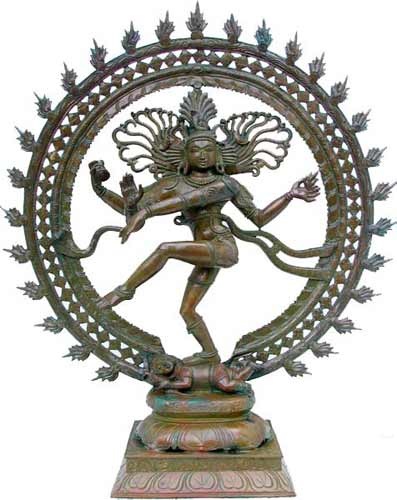 Now as far as I'm aware, the story of Nataraja isn't described in Hindu scripture, but here is how it's described in South Indian folklore:

Followers of the orthodox Brahmin school of Mimamsa tried to destroy Shiva by successively creating a fierce tiger, a serpent, and an elephant whom Shiva killed. Finally they sent the embodiment of evil in the form of a dwarf, Muyalaka, the Apasmara purusha to overthrow Shiva - but Shiva began his cosmic-dance (tandava), subduing the dwarf and thereby liberating the world.

I'm not sure why followers of Purva Mimamsa (whixh I discuss here) are portrayed as bad guys here; perhaps this version of the story was written by Advaitins or other opponents of Mimamsa. In any case, as you can see there is no mention of Parvati here, so I think that is just creative license on the part of the TV show writers. I think their intent was to show that even Parvati herself turned Shiva to crush her ignorance, making it all the more imperative for ordinary humans to do likewise.

I have studied vedanta with the late Swami Dayananda for 30 years, a teacher of the highest calibre whose scholarly knowledge and ability to communicate it into it's actual form and not a simple fuzzy interpretation is unparalleled.

The apasmara is seen in the image below. This is an image of Siva in the form of the Teacher, therefore one hand is held in the chin mudras, so you see the three fingers representing the three states of consciousness waking, dreaming, and deep sleep without dreams, but they are all in fact aspects of the one consciousness that is always present and because of which everything else is. This is represented by the thumb and forefinger forming the circle. Complete.

There is Agni the which is the light of consciousness, consciousness shines first and everything else shines after. That is a book in his hand beneath the flame because this is Siva in the form of knowledge. Therefore you have the Rsis, who receive the knowledge.

Then there is the Apasmara, here he is not a dwarf as some think but he is represented as the Man/Baby, the man child. The Apasmara is none other than the ego. You will often see the Apasmara carrying the curved double edge sword of the warrior, which means when this guy is out of control, everyone gets sliced to to pieces including himself, that's how destructive is the unhealthy ego.

Here Siva has his foot on this ego. This is saying that, you have no chance with this guy he will destroy your life and you see that all around you. You offer it up to Siva, who can keep him in check. The only way to defeat this ego is through knowledge. I am not the doer of this action.

This is in fact what Karma yoga is really about. The root of Karma is 'kr' which means action. Karma yoga is in reality Jnana Yoga. Arjuna had a difficult time understanding this, and this is what the Bhagavad Gita is really about. Karma yoga is the knowledge that even though it appears that I am the doer of the action, I know that what 'I' really am is Bramha, Cit, Sat. Unattributable consciousness. There in fact is not personal 'I', therefore there really is no ego to claim that 'I did this'.

Like all Hindu mythology, properly unfolded it has something very important to say. The ego will destroy your life. Not the healthy ego, that is a necessary component of the personality. But the unhealthy ego that thinks, 'I did this' because truly speaking you did nothing. Whatever accomplishment you did required not just the help of others but the entire creation.

But in the knowledge that what 'I' truly am is the whole, then what need do I have to claim anything? Everything is already me. All there is is I. There isn't anything else.

TL:DR the Apasmara is the unhealthy ego, and it will destroy your life, it will even lure you into thinking you have it under control if it serves it's purpose which is to claim that "I did this", this is because it tricks you into thinking that you are the mind. The beggar is the actor, but the actor is not the beggar. If the actor really thinks he is the beggar, then it's going to be a chaotic play. The man/baby is not a demon, but it may as well be as if you look around you will see that the ego is responsible for all the calamities of life. 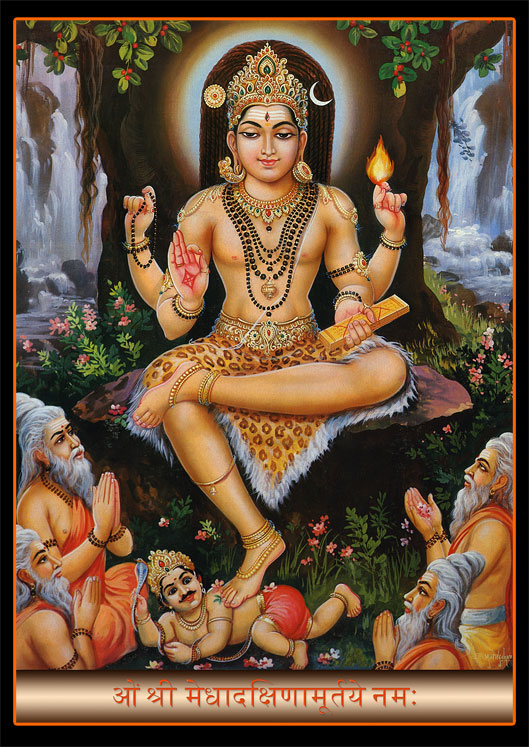 Not the answer you're looking for? Browse other questions tagged shiva scripture .

7
Was the Purva mimansa an atheist school?
3
Why Shiva is called Nataraja?
3
Who thinks the supreme Shiva's only forms are Nataraja, Dakshinamurthi, and Ardhanarishvara?