What was the size of Sugriva's army that fought against Ravana alongside Rama?

What was the size of Sugriva's army that fought against Ravana?

What was the strength of Ravana's army?

What kind of weapons did the Vanaras use?

According to Valmiki Ramayana, there were approximately 90 crore vanaras in Sugriva's army, and most of them used mace (gada) as their weapon. Some even used fingernails and teeth to fight Ravanas' army.

According to Valmiki Ramayana, the number of Vānaras in the Sugrīva army fought in the war were plenty.

In the chapter 28, one of the spies of Rāvaṇa named Shuka gives a number of Vānaras in the Sugrīva's army. That number is unbelievable in today's terms.

There are twenty one thousand crores, a thousand Shankus and a hundred Vrindas of these monkeys.

These monkeys, the attendants of Sugrīva born of celestials and celestial musicians, are able to change their form at will and always stay in Kishkindha.

Now to know, the number corresponding to Vrinda, Shanku is explained in the later verses.

Wise men call a hundred lakhs as a crore. A hundred thousand crores is reckoned as a Shanku.

So, the number of Vānaras in the Sugrīva were more than a crore Mahaughas. To sum up, there were a billion Vigintillion (1072).

When compared with Vānara Army, Rāvaṇa's Army is lesser strong in terms of numbers.

In the chapter 37, an incident is described where Vibhīṣaṇa sends his spies to Lanka to know about enemy's army. He speaks with Rama as follows:

My counsellors named Anala, Panasa, Sampati and Pramati went to the City of Lanka and returned here. Assuming the form of birds, all the four entered that enemy's citadel and observed the measures taken by Ravana closely. [6-37-7,8]

The elephants and chariots number some ten thousand each, the cavalry twenty thousand and there are more than a crore foot soldiers. These strong and intrepid demons endeavouring to kill someone in battle have ever been their sovereign's favourites. [6-37-16,17]

O, Rama! When Ravana attacked Kubera in battle, sixty lacs of demons sallied forth with him. All of them were akin to the evil-minded Ravana in prowess, in strength, in courage and in pride. [6-37-2,22]

Weapons used by either of the sides:

Even though the soldiers in the Rāvaṇa army were less in number, they were fierce, powerful and fought with weapons like maces, spears, swords and other weapons.

Whereas Vānaras fought with their nails, teeth, huge boulders, hilltops and trees. They did not use any special weapons like maces, etc.,(For more details see this answer of mine).

Note that my answer is based off of what i read in the Mahabharata. Yudhishthira (the main character of Mahabharata) is told Ramayana recited by Markandeya (a sage) in Vana Parva. I will also only talk about the size of the Vanara army (Sugriva's).

The descendant of Raghu then caused the ramparts of Lanka to be broken down by a united attack of all those monkeys endued with the speed of the wind. Then Lakshmana, with Vibhishana and the king of the bears marching in the van, blew up the southern gate of the city that was almost impregnable. Rama then attacked Lanka with a hundred thousand crores of monkeys, all possessed of great skill in battle, and endued with reddish complexions like those of young camels. And those crores of greyish bears with long arms, and legs and huge paws, and generally supporting themselves on their broad haunches, were also urged on to support the attack. 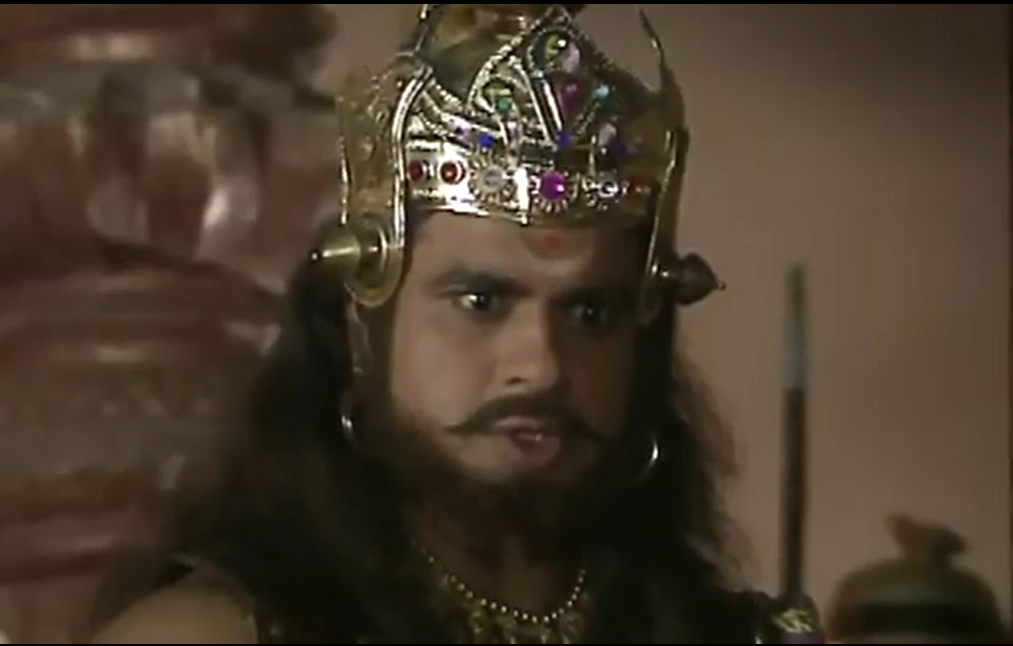 Now the text of page 552 says "at the command of Sugriva" so of course they were all kings but Sugriva was their leader so he was like Emperor of the Vanaras. So their armies are his armies.

Not the answer you're looking for? Browse other questions tagged ramayana rama hanuman war .

11
What is Lord Hanuman's weapon of choice from scriptures?

24
When was Ravana hit by the Sudarshana Chakra?
5
Did the Vanaras manhandle Mandodari?
13
What was the reward given by Sri Rama to Jatayu for fighting Ravana?
16
Why didn't Ravana use the Chandrahasa sword against Lord Rama?
8
If Rama used Brahmastra on Ravana, why didn't Ravana turn to ashes?
14
What was the memory/rivalry of Ravana with Bali's son Bana?
5
Why didn't Indrajit use Brahmastra against Rama and Lakshmana in the main war?