Why are there no Rishi in the current time?

Why are there no Rishi in the present time?

Is it because most people have some level of knowledge (from previous Rishi or other scientific discovery) that they think is sufficient for the life to continue?

Or is it because people are self-centered and not interested to become Rishi/Sage?

The reason Rishis aren't born in the Kali Yuga is due to transgression of Brahmacharya, as described in this chapter of the Apastamba Dharma Sutras:

Here is what Haradatta says in his commentary on these Sutras:

Amongst the avaras means "amongst the men of modern times, those who live in the Kaliyuga." No Rishis are born means "there are none who see (receive the revelation of) Mantras, Vedic texts." ...

How is it then that men in our days, though they transgress the rules prescribed for students, learn the four Vedas with little trouble? (The answer is), By virtue of a residue of the reward (due) for the proper observance of those rules (of studentship) in a former Yuga. Therefore Âpastamba says, Sûtra 6 "But some," &c. New existence means "new birth (life)." ...

Like Svetaketu. For Svetaketu learned the four Vedas in a short time; as we read in the Khândogya Upanishad (Prapâthaka VI, 1).

I discuss the Apastamba Dharma Sutras' statement about Shwetaketu in my question here.

There are a lot of saints in present time. 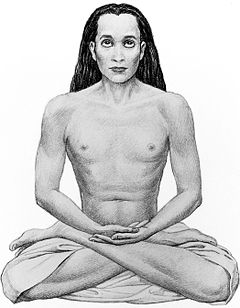 He is believed to be born 2500 years ago and is alive till date. Of course, there are many more saints who are at this moment present on earth, most of them are in Himalayas.

Not the answer you're looking for? Browse other questions tagged rishi kali-yuga .

2
Was Shwetaketu born in a previous Kali Yuga?

4
Lord Shiva as Adi Yogi taught Yoga to seven sages and in turn these seven sages spread across the world. Is this theory a new look to our mythology?
12
Do Saptarishi exist in today's time?
9
If Devas and Rishis are self-realized, then why do they act contrary to it?
10
Who were the Vedic composers (qualitatively)?
7
Was the Atharva Veda compiled at the time of King Parikshit?
2
Since Kaliyuga itself feels like hell (naraka), do souls still go to hell after death?