Does Sadashiva ride a tortoise?

In this excerpt from the Manava Shrauta Sutras, a text associated with the Yajur Veda, a certain ritual for worshiping Shiva is described. As part of this ritual, the five-headed form of Shiva is supposed to be worshipped. For those who don't know, the five heads of Shiva are known as Sadyojata, Vamadeva, Aghora, Tatpurusha and Ishana, and according to the Shaiva Agamas they correspond to the five gods Brahma, Vishnu, Rudra, Maheshwara, and Sadashiva. 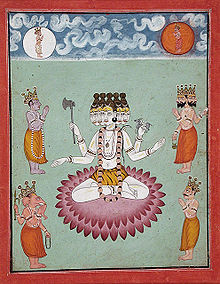 As expected, Sadyojata, Vamadeva, and Aghora are said to correspond to Brahma, Vishnu, and Rudra. Tatpurusha, on the other hand, is associated here with Surya the sun god, not with Maheshwara. But I'm interested in the fifth figure mentioned. My question is, who is the deity that Ishana is said to correspond to, the one referred to as Sabda or "sound" who rides on a tortoise?

Is the word "Sabda" used in the sense of Sabda Brahman, a concept found in Kashmiri Shaivism according to which vibrations of sound are equated with the supreme Brahman? In any case, as I mentioned above, according to the Shaiva Agamas Ishana corresponds to Sadashiva, although considering that there was a difference in the Tatpurusha case that's not a guarantee.

Are there any scriptures that describe Sadashiva as having a tortoise as his Vahana? If so, what is the reason for that?

It appears, the above invocation for ritual, was adopted from the mantras of Rig Vedic hymn V.47 - dedicated to Viśvedevas, which are as follows:

1.URGING to toil and making proclamation, seeking Heaven's Daughter comes the Mighty Mother: She comes, the youthful Hymn, unto the Fathers, inviting to her home and loudly calling.

2 Swift in their motion, hasting to their duty, reaching the central point of life immortal, On every side about the earth and heaven go forth the spacious paths without a limit.

3 Steer, Sea, Red Bird with strong wings, he hath entered the dwelling-place of the Primeval Father. A gay-hued Stone set in the midst of heaven, he hath gone forth and guards mid-air's two limits.

We have to remember that Rig Veda describes deep spiritual aspects in esoteric manner.

It was mentioned in the material made available at the link, that "A brahmin shall meditate correctly on the three-eyed, five-faced, ten-armed,..., bearing half-of the body of Uma,..".

The Mighty mother and Primeval Father from Rig Vedic mantras, were suitably adopted to Uma and Sadasiva (arthanArIswara).

A tortoise is supposed to be the longest living animal and noted for its perseverance. In spiritual line, perseverance plays vital role. Thus, Isana might have been mentioned, esoterically, as travelling on tortoise.

Not the answer you're looking for? Browse other questions tagged vedas shiva rituals shaivism .

13
Why does lord Shiva have three eyes?
7
Meaning of साम्ब (“Samba”) with Sadashiva
10
Do Shaivites believe in something greater than Sadashiva?
9
What scriptures describe Sadashiva carrying Vishnu in Vishnu's abode of Paramapadam?
8
What are the symbols and weapons in the hand of Sadashiva?
2
When Shiva has five faces how does Subramanya have six faces?
8
Does Basavanna reject the Vedas outrightly in any of his works?
1
Why Maa Lakshmi says that neither Lord Brahma nor Lord Vishnu only Lord Shiva commands her to move from one place to another.?