Which is the largest Hindu temple in the world?

Which is the largest Hindu temple (in terms of area) in the world?

Some say it is Angkor Wat in Cambodia. Although, others say it is a Buddhist temple.

If you are interested in the temple, read this article. I'm posting below a couple of pics. of the temple and its plan from the website tirthayatra.org. 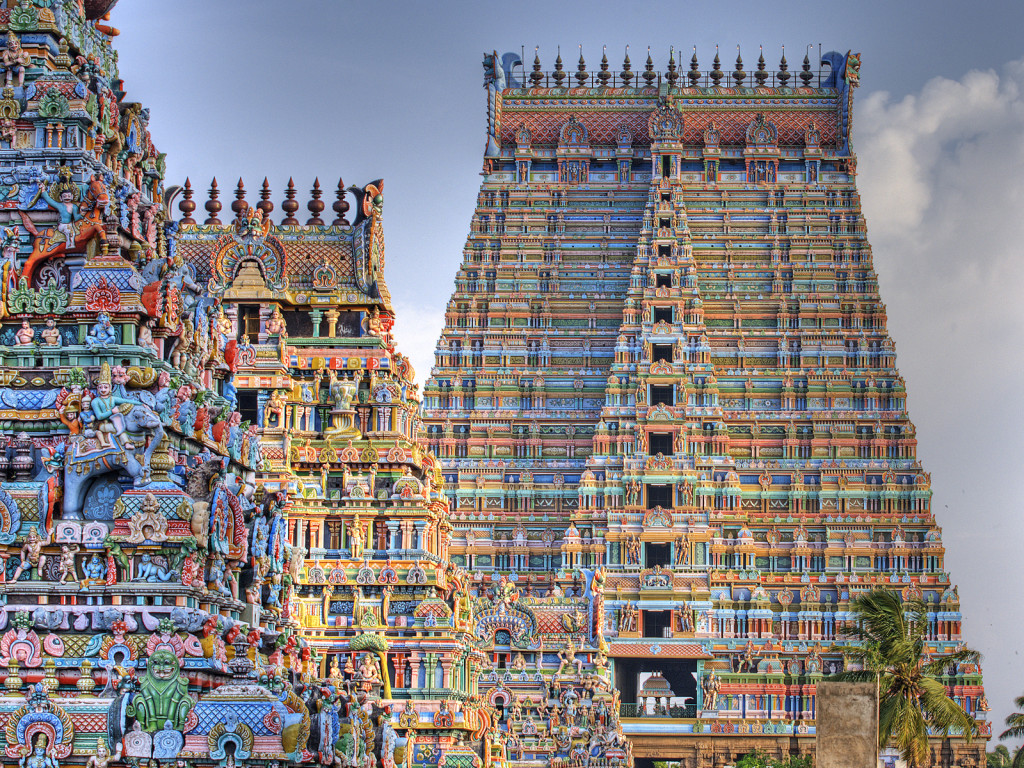 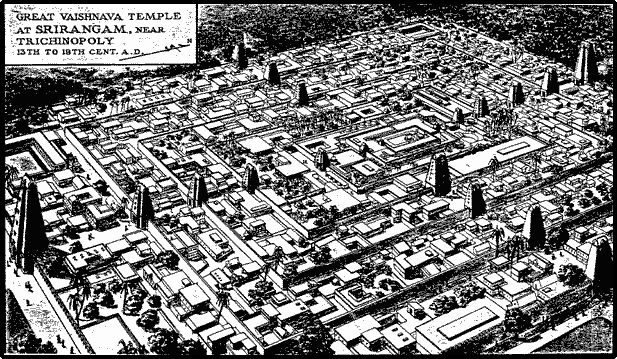 If we talk in terms of Area, Angkor Wat is the largest temple in the world, but there is no religious activity/worship going on in that temple.

According to legend, the construction of Angkor Wat was ordered by Indra to act as a palace for his son Precha Ket Mealea.According to the 13th century Chinese traveler Daguan Zhou, it was believed by some that the temple was constructed in a single night by a divine architect.

The temple was gradually captured by Buddhists so it was converted to Buddhist place of worship by the end of 17th Century and now even the Buddhists have abandoned the place and Angkor wat is now just a huge monument of Hindu Glory.

The initial design and construction of the temple took place in the first half of the 12th century, during the reign of Suryavarman II (ruled 1113 – c. 1150) of Pallava kingdom from Tamil Nadu in South India. Dedicated to Vishnu, it was built as the king's state temple and capital city. As neither the foundation stela nor any contemporary inscriptions referring to the temple have been found, its original name is unknown, but it may have been known as "Varah Vishnu-lok" after the presiding deity. Work seems to have ended shortly after the king's death, leaving some of the bas-relief decoration unfinished.In 1177, approximately 27 years after the death of Suryavarman II, Angkor was sacked by the Chams, the traditional enemies of the Khmer. Thereafter the empire was restored by a new king, Jayavarman VII, who established a new capital and state temple (Angkor Thom and the Bayon respectively) a few kilometers to the north.

Toward the end of the 12th century, Angkor Wat gradually transformed from a Hindu center of worship to Buddhism, which continues to the present day. Angkor Wat is unusual among the Angkor temples in that although it was somewhat neglected after the 16th century it was never completely abandoned, its preservation being due in part to the fact that its moat also provided some protection from encroachment by the jungle.

SriRanganthswamy temple is the largest functioning temple in the world

The Statue of Sri Ranganatha swamy is believed to be the oldest statue of Shriman Narayana, which was given to Lord Brahma for worshipping Shriman Naryana. The staute was then given to Vaivasvat manu and he passed on to his sons of the Solar Dynasty Kshatriya clan.

The legend has it, the Solar Dynasty kings worshipped this statue including Emperor Raghu, Emperor Dasharatha and Maryada Purushottama Rama himself.

List of the largest Hindu temples in the world.

The forthcoming world largest temple I. E TOVP Iskcon Mayapur can surpass any temples in the earth by its huge size... .

Not the answer you're looking for? Browse other questions tagged temple .

6
Why are vahanas placed outside the main temple instead of near the deity?
14
What do Hindu scriptures say about Hindu temples?
6
What is the purpose of having a temple?
4
Which Hindu god/deity has most temples?
5
Are there any curse associated with Padmanabhaswamy temple & Sabrimala of Kerala, India?
3
Features in Temple architecture
2
Position of a Hindu temple in respect to flowing water (specific bank of a river)