Is Ravani the charitor of Ravan or the son of Ravan?

It is said that Ravani was more powerful than Ravan and sometimes he bounds Indra with his magical powers while fighting between gods and Rakhasas.

Is there any relationship between Ravan and Ravani?

Who is the Rakhas named Ravani in Ramayan? Is Ravani the charitor of Ravan or the son of Ravan? Is there any relationship between Ravan and Ravani?

Ravani was Meghanada (Indrajit) the son of Ravana. This is same as how Drona's son Ashwatthama is also called Drauni.

As per Yuddha Kanda of Valmiki Ramayana:

That Ravani (Indrajit the son of Ravana), the sinful demon who had gone out of sight and was cruel in battle, rendered himself as invisible again and hurled forth sharp arrows, bright as lightning.

All the sons of Ravana can be called Ravani but the son who bounds Indra was Meghanada.

As per Uttar Kand of Valmiki Ramayana: 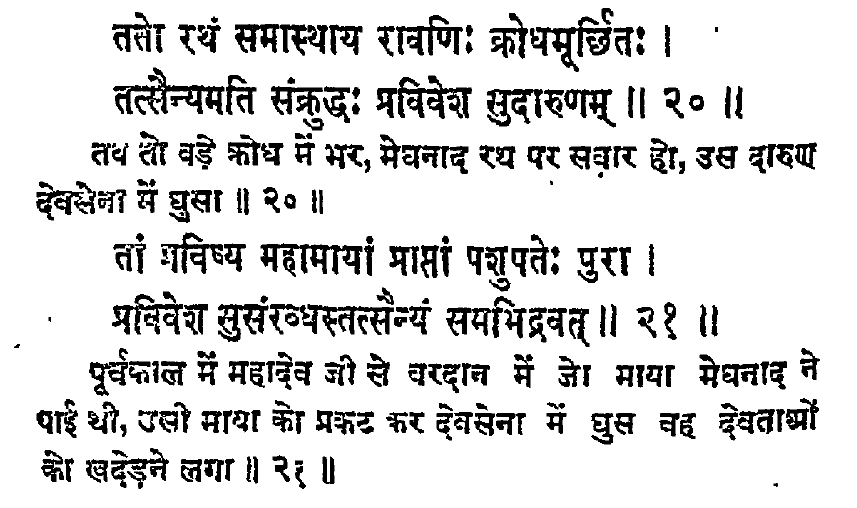 Thereupon ascending his car Ravani (Ravana's son Meghanada), beside himself with rage, entered the dreadful flank.

And having resorted to the illusory powers, conferred upon him in yore by Pasupati he entered into the enemies camp and belaboured them.

When Ravani (Ravana's son Meghanada) came to know that Indra was exhausted he, having bound him up by virtue of illusion, proceeded towards his army.

Later Meghanada came to be known as Indrajit.

In these shlokas of Uttarkanda of Valmiki Ramayana, Sages tell Rama that Ravani (Indrajit) was more powerful than Ravana: 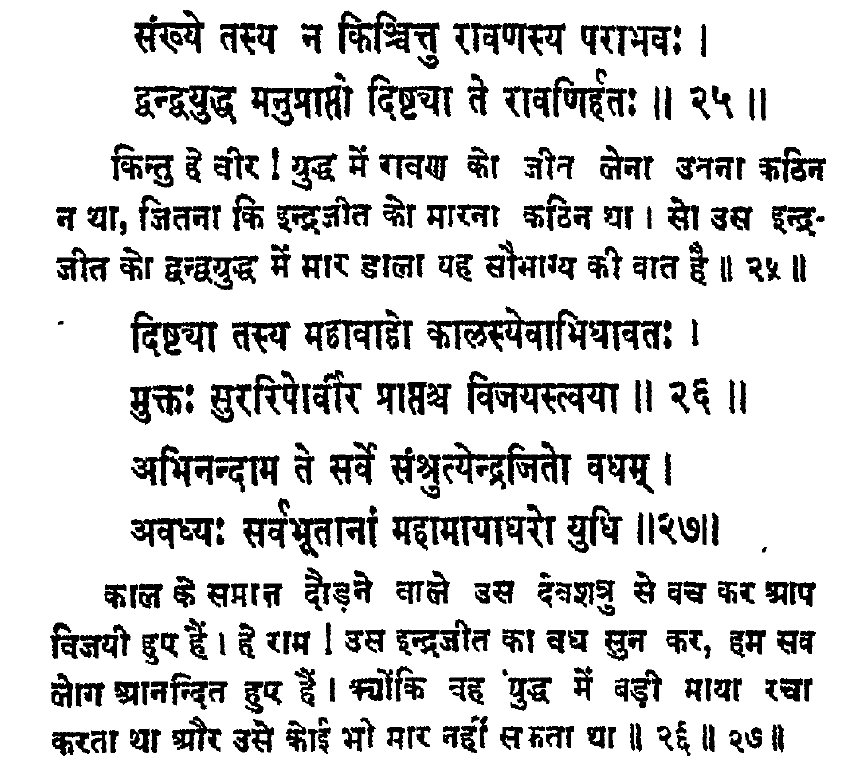 To defeat Ravana in battle was (for thee) a small matter ;but it is a piece of good fortune that Ravani (Ravana's son Indrajit), who had confronted thee for combat, hath been slain (by thee) in battle. By good fortune it is that thou, O mighty armed one, hadst been liberated from (the bonds of) that foe of the Devas whose course resembled that of Time and that thou also hadst secured victory.

Hearing of the destruction of Indrajit, we congratulate thee (on thy success). He was incapable of being slain by all creatures, and in battle possessed mighty powers of illusion. Hearing that Indrajit slain, amazement hath seized us all.

Having regard to his Indrajit's energy and might, I shall relate unto thee the reason, in the light of which thou wilt perceive why Ravana's son had been capable of slaying his enemies, but could not himself be slain by them.

The reason why Meghanada was more powerful than Ravana is described in this answer.

Not the answer you're looking for? Browse other questions tagged ramayana rakshasa .

4
What were the special powers of MeghanAda?

13
What is the story of Vishnu killing sage Bhrighu's wife Kavyamata?
7
Who was Swayamprabha?
5
What is the story of the King Nipata?
7
If Brahma granted Vibhishana immortality then why did no Rakshasas consider him the king and leader?
9
Who is the 'messenger' of Asuras and what is his story?
4
Multi headed or handed Gods in Vedas?
1
Lord Hanuman is called as "Pavan-putra", the son of wind. The Vedas say, there are fortynine winds. Which Pawan, helped conceive Lord Hanuman?
3
Was Raavan really a Ved pandit, and a great scholar? What were his dharmik qualities and acts if any?