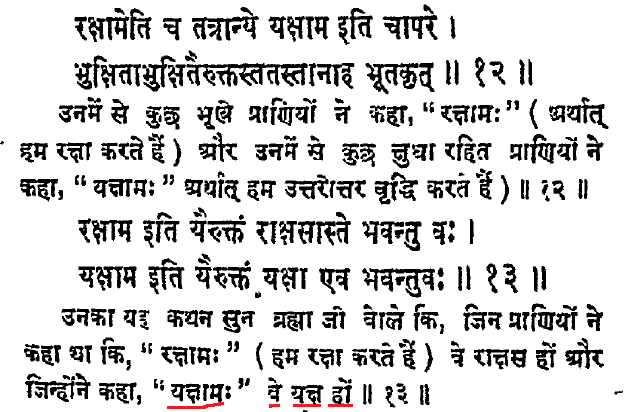 2
What are Yakshas and Yakshinis? Are they spiritually advanced astral beings? Are they powerful than humans?
6
Should we pray to Kubera a Yaksha?
5
Why is Ravan considered a Rakshasa?
6
Do Rakshasas have a gotra?
6
How were Rakshas created?
5
How does one become Yaksha?
7
What is the difference between Yakshas & Gandharvas?
2
Is Raavana a rakshasa or a brahmin and how he can be a king too?
5
Marriage between Rakhsasas/Asuras and Devas
3
Had any incident happened in Hinduism history where a Yaksha did penance and got boon from supreme Gods?
See more linked questions

2
When and at what instance Dhruva Maharaj fight with Yakshas?
6
Are Yakshinis succubi?
7
What is the difference between Yakshas & Gandharvas?
5
How does one become Yaksha?