How many sons did Kesari have, other than Sri Hanuman?

Shuka, Ravana's aide, describes the individual strengths of the various commanders in the army of monkeys, mentioning their names one by one, in detail, in Yuddha Kanda of Srimad Ramayana.

While describing Sri Hanuman, Shuka says that Sri Hanuman was the eldest son of Kesari.

This monkey, by whom the ocean was traversed, is the eldest son of Kesari. He is known as the son of wind-god and famously called as Hanuman.

Can anybody tell me how many sons did Kesari have, other than Sri Hanuman?

Kesari and Anjana had in total 5 sons out of which Lord Hanuman was the eldest one. The names of other sons of King Kesari were:

Also, unlike Lord Hanuman, these all were married and had kids. All this is mentioned under Brahamand Purana. Apart from other things, this purana also contains the details of the family tree of Kesari and about other things in the life of Lord Hanuman.

Following extract from Brahamand Purana verse 223 to 230 shows the same: 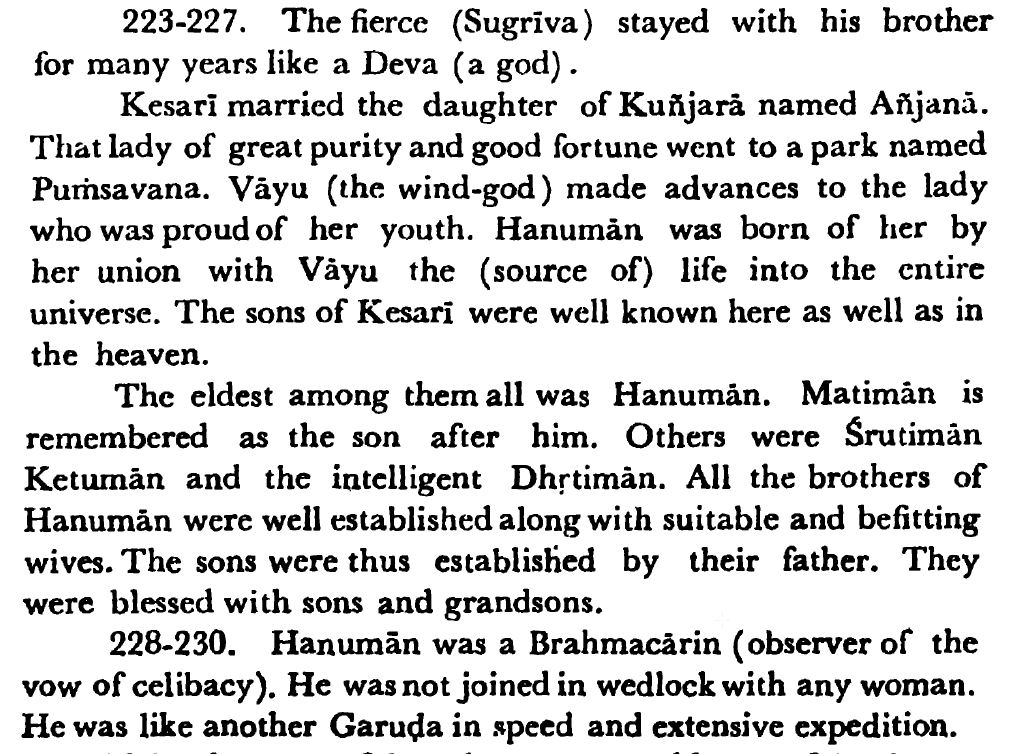 However, as per another website article listed in following links, it was mentioned that Lord Hanuman has one more brother called 'Gatimaan'. Although, they also mentioned their source as Brahamand Purana, but I am not able to currently find his details.

7
Did Lord Hanuman have any siblings?
6
Brahmanda Purana English translation